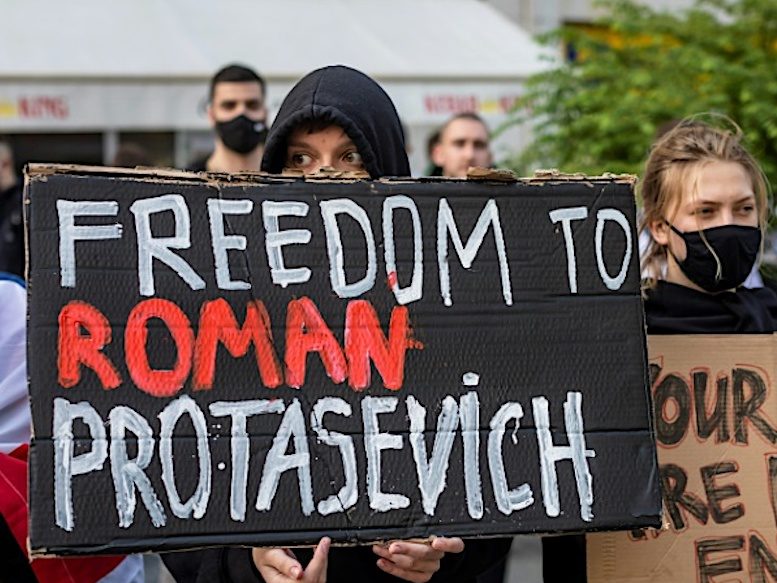 EU foreign ministers on Monday agreed sanctions on key sectors of the Belarus economy as the bloc ratchets up pressure on President Alexander Lukashenko after the forced landing of an airliner, diplomats said.

Officials said the measures — including a ban on sales of surveillance equipment to Belarus and tightening of an arms embargo — should be formally adopted by the 27-nation bloc in the coming days.

Ministers also formally signed off on placing 86 additional individuals and entities in Belarus on an assets freeze and visa ban blacklist, with the names to be published in the EU’s official journal later in the day.

Seven of the individuals being sanctioned are linked directly to the forced landing of a Ryanair passenger jet last month and the rest are targeted over the government’s sweeping crackdown on opposition, diplomats said.

“We will consistently continue on the path of sanctioning Lukashenko and his regime. We will no longer only sanction individuals but we will now also impose sectoral sanctions,” German Foreign Minister Heiko Maas said ahead of the meeting.

“We want to contribute in this way to the financial drying up of this regime.” 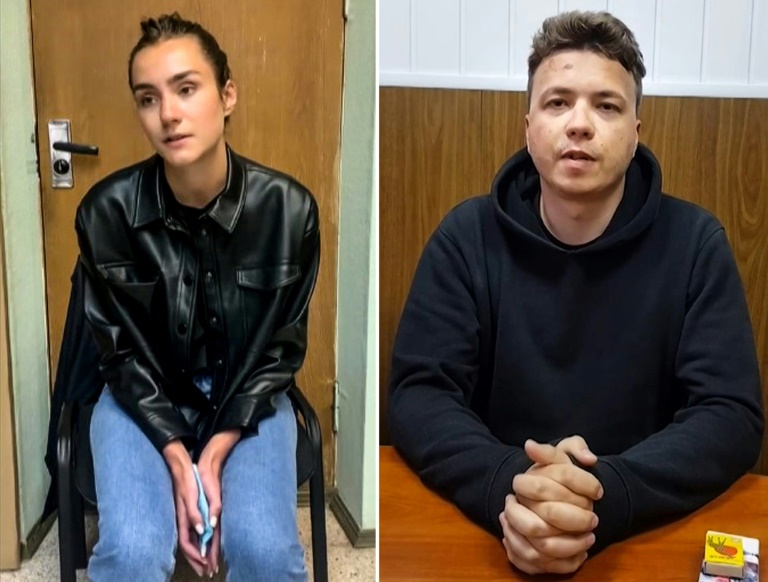 Belarusian activist Roman Protasevich, and his girlfriend Sofia Sapega were arrested after the plane they were on was forced to land at the Minsk airport – Copyright AFP BAY ISMOYO

EU foreign policy chief Josep Borrell had earlier said the sanctions should be wrapped up after a summit of the bloc’s leaders in Brussels later this week.

“Sanctions are a way of putting pressure on the government of Belarus,” Borrell told journalists.

“We’re going to hurt the economy of Belarus heavily.”

Belarusian strongman Lukashenko sparked international outrage by dispatching a fighter jet on May 23 to intercept the Ryanair plane flying from Greece to Lithuania.

When the plane was forced to land in Minsk, Belarus arrested dissident journalist Roman Protasevich and his girlfriend Sofia Sapega on board.

Last year, the EU slapped sanctions on 88 individuals — including Lukashenko and his son — over a brutal crackdown on protests since the veteran leader claimed victory at elections in August deemed fraudulent by the West.

Lukashenko, ruler of Belarus since 1994, has so far shrugged off the pressure with backing from his key ally Russia.

“Sanctions aren’t a silver bullet but they can help to end violence and release people,” Tikhanovskaya wrote on Twitter.

Lithuania’s Foreign Minister Gabrielius Landsbergis said he would also raise with EU counterparts the issue of a sudden spike in migrants, mostly Iraqis and Syrians, crossing over into the country from Belarus.

Landsbergis accused the Belarusian authorities of funnelling the migrants through to hit back at its neighbour for leading the push to punish Minsk.

He warned the flow could increase after sanctions were approved and that Lithuania “might need help and assistance from other European countries”.