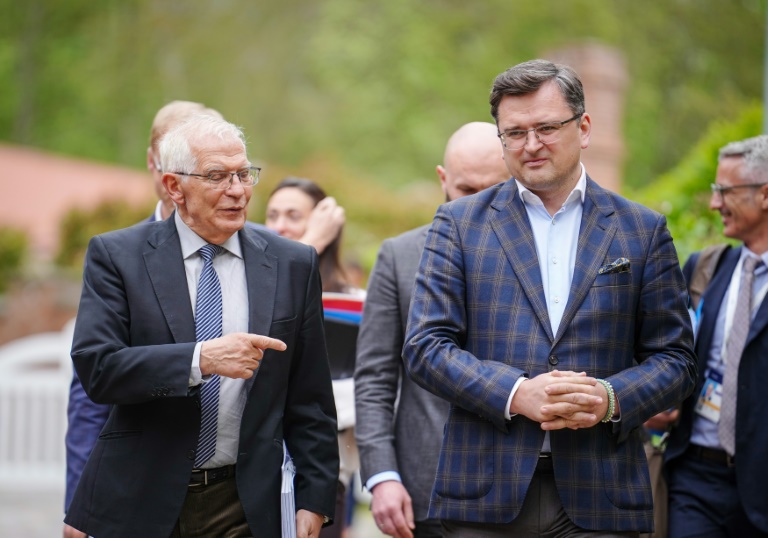 The European Union said Friday it had unblocked stalled talks with Iran after a mission to Tehran but the United States raised doubts on whether it was enough to revive a nuclear deal.

EU envoy Enrique Mora visited Tehran this week in a bid to help restart the 2015 nuclear deal, two months after slow-moving negotiations in Vienna to bring Iran and the United States back into compliance broke off.

“The negotiations had stalled and now they have been reopened,” Borrell told reporters on the sidelines of a G7 meeting in Germany.

“There is a perspective of reaching a final agreement.”

President Joe Biden has backed a return to the deal trashed by his predecessor Donald Trump but has been frustrated by Iran’s demands.

The United States voiced appreciation to Mora and said it  would speak to him in depth.

“All of that said, at this point,” State Department spokesman Ned Price said, “the deal remains far from uncertain.”

“It is up to Iran to decide whether it wants to conclude a deal quickly,” he told reporters.

“We and our partners are ready — we have been for some time — but now it’s really up to Iran.”

He warned that the United States was preparing for all scenarios including a failure to return to the deal.

The latest diplomacy comes against the backdrop of protests in Iran after President Ebrahim Raisi, a hardline cleric, imposed austerity measures to cope with an economy battered by soaring inflation and US-led sanctions.

Demonstrators in the southern city of Izeh attacked shops and tried to set fire to a mosque, state news agency IRNA reported.

Mora has also pressed the clerical state to release an Iranian-Swedish academic, Ahmedreza Djalali, who faces execution for allegedly passing along information on Iranian nuclear scientists to Israel’s Mossad spy agency, leading to their assassinations.

The 2015 deal gave Iran sanctions relief in exchange for curbs on its nuclear programme to guarantee that it could not develop a nuclear weapon, something Tehran has always denied wanting to do.

Formally known as the Joint Comprehensive Plan of Action, the agreement was left on life support by Trump’s withdrawal and unilateral imposition of sanctions, including pressing other nations not to buy Iranian oil.

Iran responded by reversing its own compliance with the accord, leading to threats from its arch-rival Israel that it could take military action if its nuclear work advances too significantly.

An Iranian return to compliance would see the easing of some of the most biting US sanctions.

But a key sticking point is Iran’s demand that the United States reverse Trump’s designation of the elite Islamic Revolutionary Guard Corps from a terrorism blacklist.

Borrell said “these disagreements on what to do about the Revolutionary Guards” had hampered progress in the talks for two months.

He said Mora had taken the EU’s message to Tehran “that we couldn’t continue like this”.

“The answer has been positive enough,” Borrell said.

“These kind of things cannot be solved overnight. Let’s say things were blocked and they have been deblocked.”

Iran’s Foreign Minister Hossein Amir-Abdollahian said Mora’s two days of talks “were another opportunity to focus on initiatives to resolve the remaining issues.”

“A good and credible agreement is available if the United States makes a political decision and adheres to its commitments,” Amir-Abdollahian wrote on Twitter.

In this article:Diplomacy, Eu, Iran, Nuclear