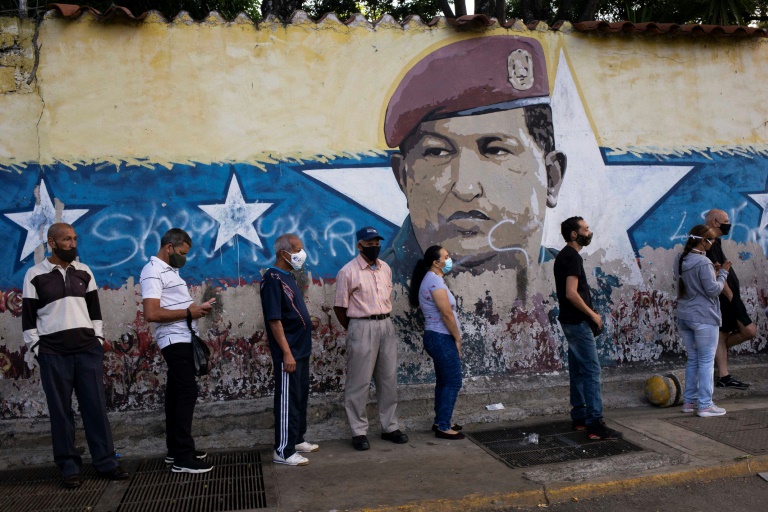 An EU observer mission on Tuesday reported irregularities in Venezuelan elections for governors and mayors over the weekend, in which opposition parties participated for the first time since 2017.

Despite “better conditions” than in previous elections, the observers noted a “lack of adherence to the rule of law.”

Mission head Isabel Santos told reporters that “some laws affected the equality of conditions, the balance and the transparency of the elections.”

The government of President Nicolas Maduro, whose 2018 election is not recognized by part of the international community, won a landslide victory in Sunday’s ballot, which was overseen by EU observers for the first time in 15 years.

Candidates aligned with Maduro won 20 of the 23 governor posts and the mayorship of the capital Caracas.

Weakened and divided, the opposition won only three states, although this significantly included oil-rich Zulia — the country’s most populated region whose capital Maracaibo is Venezuela’s second-largest city.

On the eve of the vote, Maduro had warned that the European Union had no authority to give a “verdict” on the process in a country that is prickly about its “sovereignty,” often accusing the United States of interventionism.

The United States, which also had observers in Venezuela, on Monday called the vote “grossly skewed.”