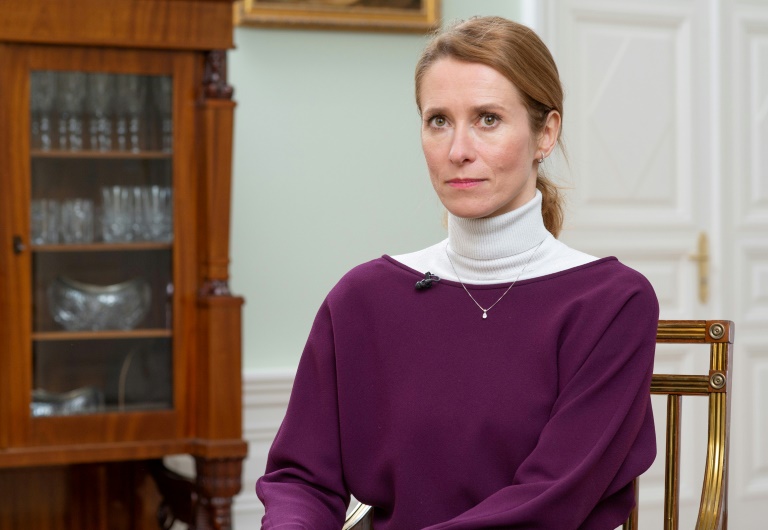 Europe and the US should be “very careful” not to make concessions to Russia, Estonia’s prime minister told AFP on Friday, insisting that Moscow alone can de-escalate the situation.

Kaja Kallas, whose country hosts a NATO multinational battalion, also said she had been holding talks to strengthen NATO’s presence in Estonia as a deterrent amid soaring tensions over Ukraine.

The Estonian leader, a former MEP who came to power last year, said Russia was following a Soviet approach of making ultimatums in the hope of being offered some concessions by the West.

“That is something that we should definitely be very careful of, that we don’t make any steps towards Russia or offer them anything that they didn’t have before,” she said in an interview.

Russia has deployed some 100,000 troops to Ukraine’s borders in recent weeks, as well as demanding a ban on NATO membership for Ukraine and a pullback of NATO forces in countries like Estonia that joined the alliance after the end of the Cold War.

“Our main concern is that Russia is going to attack Ukraine and then the second concern is how is that affecting the overall security situation in Europe, in particular in Eastern Europe.

“NATO and Russia are sitting at the table and talking but the only one who can de-escalate is Russia,” Kallas said.

Estonia, which was once part of the Soviet Union, has said it plans to send “dozens” of US-made Javelin anti-tank missiles to Ukraine and has received US authorisation to do so.

It also wants to send some howitzers that originally belonged to East Germany and whose transfer would therefore require official approval from Berlin, which has so far refused to give the green light.

Critics have linked this to the mixed signals that the new German government has been giving on the Ukraine crisis.

Asked about the controversy, Kallas said: “It’s up to them to decide. For us, it’s very important to support Ukraine in all the ways that we can — whether it’s political or some capabilities or some other support that they need”.

She said that, in general, NATO had a “very unified position” even though allies had “different ideas, different tactics”.

“We might have differences in some small tactics but I think that overall we stick together,” she said, pointing also to the sanctions that the EU has said it could impose on Russia.

NATO’s “enhanced forward presence” in the Baltic states, which all neighbour Russia, includes multinational battalions in each of the countries as well as air and naval missions.

Russia sees this NATO presence close to its borders as aggressive and President Vladimir Putin on Friday said the West had been ignoring Moscow’s security concerns.

Far from pulling back, Kallas said NATO allies had been discussing “strengthening, not weakening the position”.

“The enhanced forward presence that is here… is good for defence and deterrence.”

“If the neighbour is acting more aggressively then it’s clear that in order to deter from making any moves, it’s good to increase the capabilities.”

In the flurry of diplomacy over Ukraine, Kallas said she was pleased that Estonia was being consulted by its allies.

“We are a very small country, we are only 1.3 million people but we are also at the table and we are being listened to.”