It seems that in our search for oil and gas, we don’t do anything half-way. Such is the case with North Dakota. While there is no question that fracking has given a huge boost to the state’s economy, the long-term costs may be too much to bear.

Researchers at Duke University have been studying the effects of hydraulic fracturing in several states since 2010. In the North Dakota study, they found that some rivers and streams in the state now carry levels of radioactive and toxic materials higher than the federal drinking water standards, reports EcoWatch. 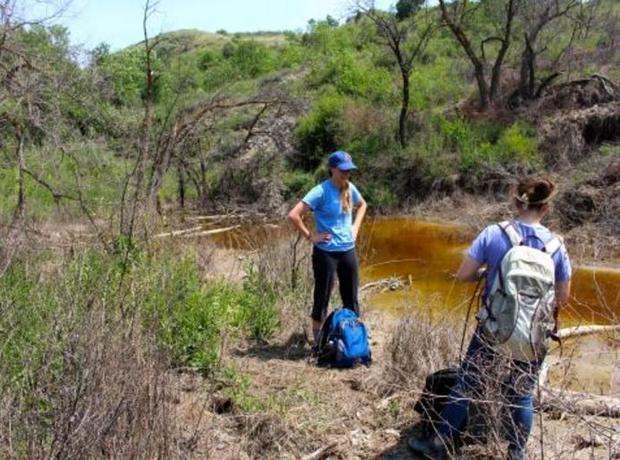 The researchers found high levels of ammonium, selenium, lead and other toxic contaminants from spilled “produced water,” also known as salt water or brine, a by-product of fracking. The levels of selenium, a radioactive element, were 35 times higher than the federal threshold set to protect fish and other aquatic wildlife.

“The magnitude of spills that we see in North Dakota I haven’t seen elsewhere,” said Avner Vengosh, a Duke University professor who has been studying the effects of hydraulic fracturing since 2010 in several oil-producing states.

The soil in locations where after four years, there were significantly high levels of radium at the spill site, was bad enough but downstream, the levels of radium in the soil were even higher, showing that radioactive materials were soaking into the ground and building up, the researchers said.

The problem of the ongoing contamination is exacerbated by the fact that inorganic substances in the wastewater are resistant to biodegradation, leaving a “long-term legacy of contamination,” according to the study. Added to the problem are the poor clean-up efforts after a spill.

“Unlike spilled oil, which starts to break down in soil, these spilled brines consist of inorganic chemicals, metals, and salts that are resistant to biodegradation,” said Nancy Lauer, a Duke University PhD student who was the lead author of the study. “They don’t go away; they stay.” 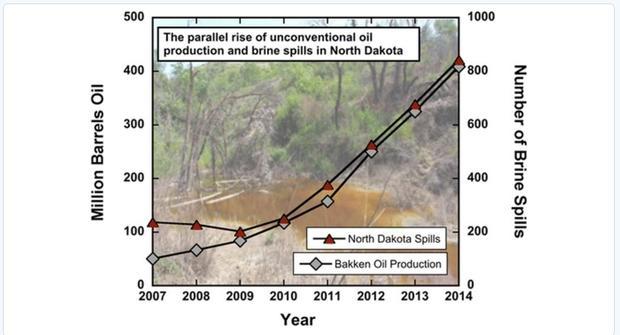 Three of four sites in the Duke study are being cleaned up, with the fourth site yet to be addressed. The four sites included two of the biggest spills in the state’s history, including a spill of 2.9 million gallons in January 2015 and two areas where smaller spills occurred in 2011. There have been around 9,700 wells drilled in North Dakota’s Bakken Shale and Bottineu oilfield region in the last 10 years.

One explanation for the poor clean-up efforts may be the lack of enforcement of the regulations governing fracking and spill clean-up. The study found that rules vary from state to state, and enforcement is often difficult. In an investigation by the Associated Press, it was found that over 180 million gallons of wastewater were spilled between 2009 and 2014, which tallied with the 21,651 accidents reported by state and federal regulators for the same period.

The study clearly shows that all is not well with hydraulic fracking and its impact on humans, wildlife, and the environment. It also goes to show that the price of gas is a lot higher than we imagined.

The study, “Brine Spills Associated with Unconventional Oil Development in North Dakota,” was published online in the journal Environmental Science and Technology on April 27, 2016.