Wiebe Wakker set off on his journey on March 15, 2016 from Amsterdam; some 827 days later, on May 30th, 2018, he reached Darwin, Australia. He made the journey in an electric car. He also made the journey without taking any money with him; instead he relied on donations.

His vehicle of choice was a retrofitted electric station wagon. The vehicle was equipped with a 37-kilowatt hour lithium-ion battery, which was able to give his wagon a range of some 200 kilometers. The car is affectionately called ‘Blue Bandit’.

Wakker, aged 31, put out messages in social media and crowdfunding to help him reach Australia. This was deliberate, so that his project, which he dubbed ‘Plug Me In’, would be a collaborative one. He accepted donations for things like meals and accommodation via his website – plugmeinproject.com. 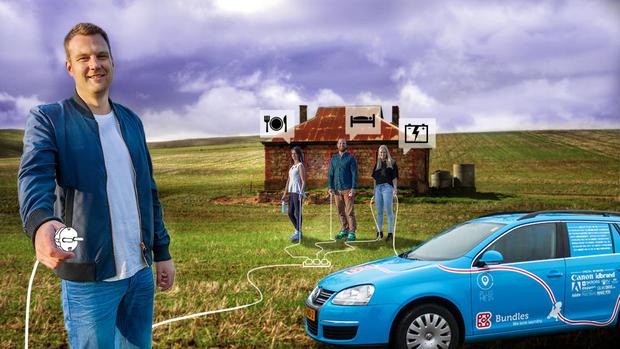 Wiebe Wakker driving from the Netherlands to the other side of the world
in an electric car.
Wiebe Wakker

The pattern of donations also influenced the route that Wakker, took, and this led to his electric car journey following a somewhat zigzag pattern. In all he entered 33 countries. To help him 1,450 people., based in 45 different countries, made donations.

Wakker also had several meetings with local dignitaries, who were interested in his endeavour. He met with government officials in Germany; sheiks in the United Arab Emirates; plus members of the royal family in Malaysia.

Wakker also wanted to send out a message. This was to challenge the myth that the performance of electric vehicles could match their fossil fuel-powered counterparts. To highlight the endurance potential of electric cars, Wakker travelled 66,000 kilometers.

In doing so, Wakker became first person ever to cross through Turkey, Iran, India, Myanmar, Malaysia and Indonesia in a fully electric vehicle. Furthermore, no person has ever driven through anywhere near as many as 33 countries by an electric car. He also smashes the previous distance record, which stood at 22,000 kilometres.

This video gives an idea of the adventure:

In a statement sent o Digital Journal, Wakker said: “I am super excited that I have finally reached Australia. It has taken quite some time as I encountered strong setbacks during the journey. The charger exploded in India which needed to be repaired and later in Indonesia water came into the battery pack.”

This isn’t the end of Wakker’s journey, however. The Dutch man plans to carry on to Sydney.