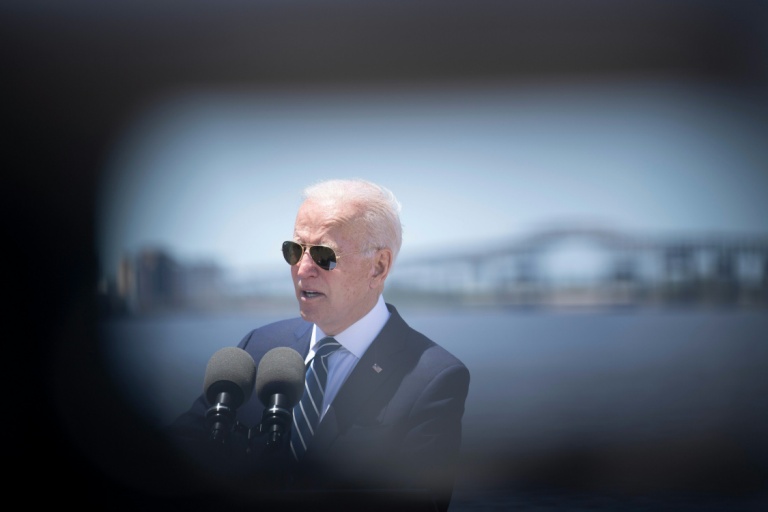 The United States added 266,000 jobs in April — a quarter of the number expected — in a surprise setback for President Joe Biden’s efforts to revive an economy blighted by the Covid-19 pandemic.

The hiring reported in the Labor Department’s monthly employment data released Friday was far weaker than expected and pushed the unemployment rate up slightly to 6.1 percent.

The data defied economists’ expectations for a gain of one million jobs as Covid-19 vaccines and government relief measures allow business to return to normal.

“This is a big miss that changes how we think about the recovery,” University of Michigan economics professor Justin Wolfers said on Twitter.

Biden had bet that his $1.9 trillion American Rescue Plan would reopen businesses closed during the pandemic and spur rehiring, and while analysts say that may still happen as summer gets underway, the data nonetheless represent a hitch in the administration’s plans.

With the president pushing Congress to approve two new stimulus measures channeling more than $4 trillion towards revamping US infrastructure and the workforce, the White House characterized last month’s data as a setback typical of economic recoveries.

“Our economy is still missing about eight million jobs from before the pandemic took hold. It is important to keep in mind that month-to-month job growth can be volatile,” Council of Economic Advisers Chair Cecilia Rouse wrote in a blog post.

Unemployment surged in the United States when the Covid-19 pandemic began in March 2020, but has declined in the year since, aided by the vaccines and three massive government rescue measures, of which Biden’s plan enacted in March is the latest.

The president is now asking a Congress his Democrats only barely control to pass a $2.3 trillion infrastructure proposal aimed at fighting climate change and revamping roads, bridges and other infrastructure.

He has also proposed a $1.8 trillion plan to expand education and social protections.

But the Republican opposition has generally regarded his proposals as a spending spree fueled by tax increases they see as harming American competitiveness, and on Friday lawmakers pointed to the downbeat employment numbers to make their case.

“This terrible jobs report needs to serve as an important reminder that jacking up taxes right now on the job creators will absolutely only make this situation worse,” Republican congressman Lee Zeldin tweeted.

The Labor Department data nonetheless showed important sectors were rehiring, with the leisure and hospitality sector — comprising the bars and restaurants hardest-hit by pandemic business closures — adding the most jobs with a gain of 331,000 last month.

However, that hiring was offset by layoffs among temporary workers and couriers and messengers, which fell 111,000 and 77,000, respectively.

Positions at motor vehicles and parts firms declined 27,000, perhaps a sign that a semiconductor shortage that has forced American automakers to cut production may be taking its toll.

After decreasing slightly in March, average hourly earnings increased by 21 cents to $30.17, the report said, an indication that shortages of employees may be forcing businesses to up their compensation.

The Labor Department also revised its strong March report downwards to show 770,000 positions added, 146,000 less than initially reported, though hiring in February was revised up by 68,000.

The labor force participation rate indicating the share of working age adults employed or looking for work changed little at 61.7 percent, while the data said the economy remains short 8.2 million jobs it had in February 2020, before the pandemic hit.

Analysts who had forecast a big employment gain in April differed as to why this report was such a huge miss.

She predicted stronger rehiring in months to come as the ongoing Covid-19 vaccination campaign restores normalcy nationwide, a view other economists shared.

“The reality is that the labor market is tightening and the only thing keeping job gains down is supply, not demand,” economist Joel Naroff said.

“The economy is racing forward and that is what we should focus on.”