Donald Trump on Saturday hinted that the US and Mexico were on the verge of reaching an agreement in the NAFTA negotiations that are expected to go on through the weekend, but there are a number of issues that have yet to be resolved.

With President Trump’s propensity for only giving a small part of the story on any issue of importance, he failed to mention Mexican president-elect Andres Manuel Lopez Obrador’s (AMLO) opposition to the energy chapter in NAFTA. AMLO wants it excluded, and he has a pretty good reason.

To be sure, the U.S. and Mexico are close to hammering out their differences on cars, which would allow Canada to rejoin the talks. But the three countries have still not resolved their differences on dispute resolution methodology. The U.S. wants a “sunset clause,” meaning the NAFTA deal would have to be renewed every five years, and they are adamant on this point. Canada and Mexico are against this because such a pact would create uncertainty, report Reuters. 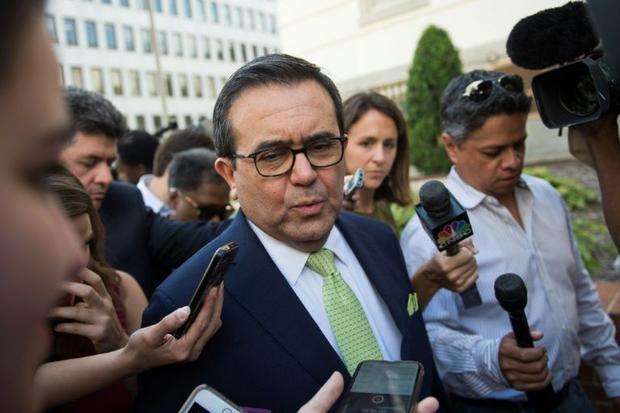 Mexico's Secretary of Economy Ildefonso Guajardo speaks to reporters outside the Office of the US Trade Representative during a day of meetings on the NAFTA treaty on August 23, 2018 in Washington, DC
Andrew CABALLERO-REYNOLDS, AFP

Oil and Gas issues create a point of tension
Incoming President Andres Manuel Lopez Obrador pledged during his campaign to end imports of refined products by 2022. And when AMLO takes office on December 1, he has plans to revise or even delay any new offerings of gas and oil acreage for exploration. He also wants to make good on his campaign promise to become energy independent and increase the country’s refining capacity and develop domestic gas supplies.

Energy was not included in the original NAFTA deal in the 1990s, but that was because Mexico’s energy sector was under state control. It wasn’t but a few years ago that Mexico’s vast gas and oil reserves were opened up to international investors and markets. But now there is an Energy Chapter in the new NAFTA deal and it has become a point of contention.

And AMLO is not really excited about including the 2013-14 opening of the oil and gas sector enacted by current president Enrique Pena Nieto in the new pact. 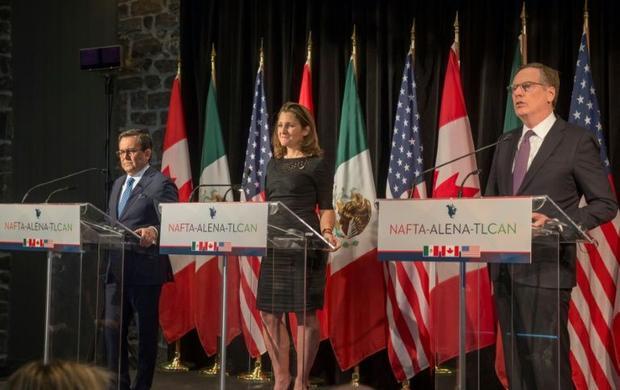 “The energy sector was on the table, but it wasn’t a matter of concern. It was rather a technical issue on how to reflect Mexico’s overhaul in the treaty,” Carlos Véjar, a trade attorney at law firm Holland & Knight in Mexico City, told the Wall Street Journal. “Excluding it could change the scope of the negotiation, given that this is the sector that currently has the highest investment volumes.”

Asked about issues between the ingoing and outgoing governments on the energy chapter, Mexico’s Economy Minister Ildefonso Guajardo said: “We are working as one team, a team called Mexico, and we have to make sure that everybody feels comfortable with this agreement.”

The big question right now is “Will AMLO give in to the energy chapter in the NAFTA deal?” If he does, then a deal would be forthcoming within a week. We will just have to wait and see.