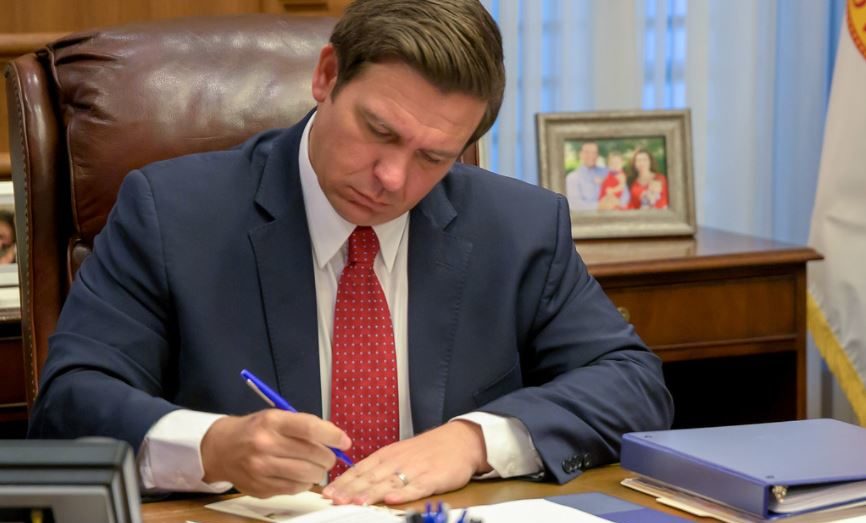 On Tuesday, Florida Governor Ron DeSantis announced that Dr. Joseph Ladapo will be the state’s new surgeon general and secretary of the state’s health department. However, Ladapo quickly came under fire from critics for downplaying COVID-19 vaccines, mask mandates, and the promotion of “bogus” cures.

Dr. Ladapo graduated from Wake Forest University, received his medical degree from Harvard Medical School and his Ph.D. from Harvard Graduate School of Arts and Sciences.

According to CNN News, Ladapo has been critical of many public health measures, including mask-wearing, lockdowns, and vaccines. At the press conference in Kissimmee, announcing his appointment, Ladapo said he is going to advocate for a “public health” approach to handling the pandemic and other concerns and said he will “completely reject fear as a way of making policies.”

Dr. Ladapo also announced a new emergency order this week on student quarantines,  per WPTV. What that means, exactly, according to Ladapo’s new order issued Wednesday:

Asymptomatic students: Students in the state who’ve been exposed to COVID won’t have to quarantine if they’re not showing symptoms themselves. If parents do opt to keep their asymptomatic exposed child home, they can only do so for seven days “from the date of last direct contact.”

Symptomatic students: The rules change for exposed students who are showing symptoms, per Ladapo. In those cases, they won’t be permitted back on school grounds until they test negative and have no symptoms; have waited 10 days, no longer have a fever, and are seeing improvements in their symptoms; or bring in a note from an approved medical professional.

Face masks: In his order, Ladapo also reminded that while school districts may implement mask mandates, parents must have the ability to opt-out if they choose. At least a dozen districts have been ignoring that latter part, per WPTV.

Florida has among the highest number of coronavirus cases, hospitalizations, and deaths in the U.S. Over the past 28 days, there have been nearly 425,000 confirmed cases in the state, and over 9,100 deaths, according to Johns Hopkins University.

The Democratic National Committee blasted DeSantis’ choice of Ladapo, CBS Miami reported. “Instead of going with a trusted advocate for science, DeSantis is once again playing games with peoples’ lives by appointing someone who has trafficked anti-vaccine and anti-mask rhetoric,” DNC spokeswoman Adonna Biel said in a statement.

“The American people are ready to return to normalcy and the DeSantis playbook of prolonging the pandemic is dangerous and wreaking havoc on his own state.”