June was the second month in a row to see an acceleration in the destruction of the rainforest under Brazil’s new President Jair Bolsonaro, who has called for the development of the region, reports Reuters.

Based on data provided by Brazil’s space research agency, deforestation in the world’s largest tropical rainforest totaled 920 square km (355 square miles) in the last 11 months. The 88.4 percent figure is preliminary, at best. 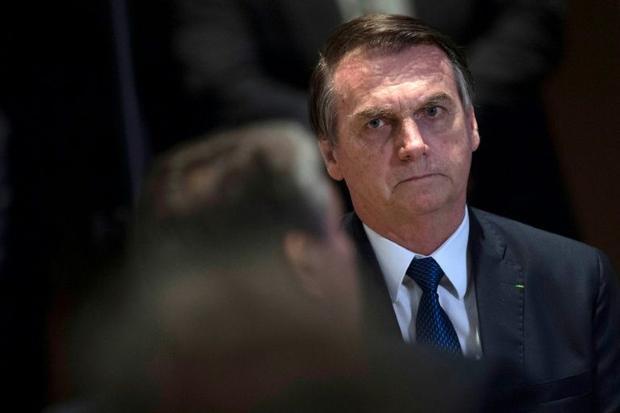 Brazilian President Jair Bolsonaro has been criticized for his environmental policies, especially over their impact on indigenous peoples and the Amazon region
Mauro Pimentel, AFP/File

Environmentalists have warned that Bolsonaro’s strong support for development in the Amazon, and criticism of the country’s environmental enforcement agency for handing out too many fines, would embolden loggers and ranchers seeking to profit from deforestation.

“Bolsonaro has aggravated the situation,” said Paulo Barreto, a researcher at Brazilian non-governmental organization Imazon. This increased deforestation of the Amazon rainforest is putting Brazil and its president under a great deal of pressure abroad, according to The Guardian.

Under the terms of the free trade deal between the European Union and South American bloc Mercosur, that was agreed to last week, Brazil is required to show it is protecting the environment, including the 60 percent of the Amazon rainforest that lies within its boundaries. 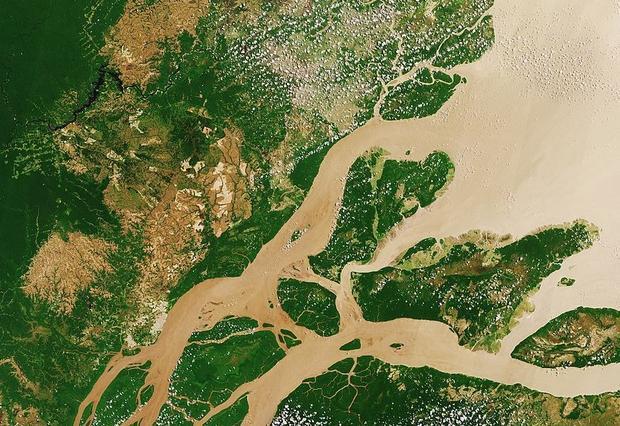 Copernicus Sentinel-2 image of mouth of the Amazon River running into the Atlantic Ocean. Note the brown, muddy water, runoff from deforestation. Earth observation satellites have been instrumental in highlighting the vulnerability of the rainforests by documenting the scale of deforestation.
European Space Agency (CC BY-SA 3.0 IGO)

Bolsonaro’s office declined to comment on the trade agreement and its environmental clause, saying questions would be addressed by the environment ministry. “We are adopting all measures to combat illegal deforestation,” Environment Minister Ricardo Salles told Reuters. “This week we had 17 enforcement teams simultaneously in all of the Amazon from Ibama.”

“When they have the final numbers, if it is really a lot, this will be a nightmare for Bolsonaro,” Adario said. “This is something that is really important from an international and Brazilian point of view because the Amazon is an icon.” 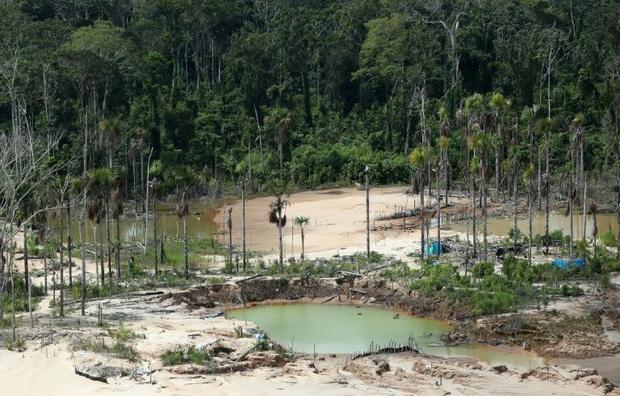 President Bolsonaro has said he could pull Brazil from the Paris Climate Accord, following Trump's lead. Aerial view taken on March 5, 2019 of the deforestation surrounding a dismantled gold digging system, near the illegal gold miners' camp “Mega 12”, in the Amazon jungle in the Madre de Dios region, southeastern Peru, during a police operation to destroy illegal machinery and equipment.Illegal gold mining in the Amazon has reached “epidemic” proportions in recent
GUADALUPE PARDO, POOL/AFP

The Amazon rainforest is often referred to as our planet’s lungs, producing 20 percent of the oxygen in the Earth’s atmosphere. It is home to uncountable species of fauna and flora and is vital to the ongoing efforts to slow down global warming, To give people an idea of just how big the Amazon really is — the Amazon rainforest is about half the size of the United States.