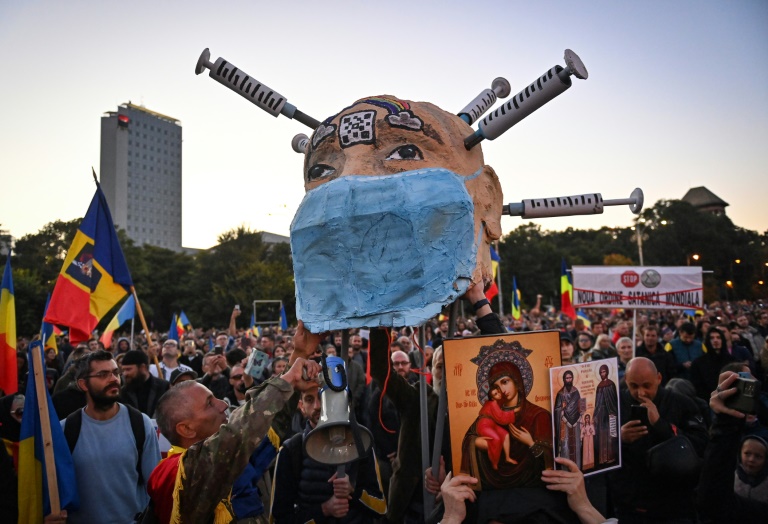 Marc Van Ranst, a virologist famous in Belgium for providing expertise about the Covid-19 pandemic, was at home for his first afternoon off in months in May, unaware that his life was under threat and that he would soon be forced to go into hiding.

Jurgen Conings, a soldier aligned with right-wing extremist movements who had stated his intent to harm Van Ranst was sitting in a car nearby armed with four rocket launchers.

It wasn’t until the following day Van Ranst learned he was in danger.

“They called me at noon and half an hour later they came with heavily armoured cars,” Van Ranst told AFP.

“They took my son from school and my wife from the hospital and me… to a safe house. We were in several safe houses over the course of about a month.”

Van Ranst has given hundreds of interviews on Covid-19 since the pandemic began and says he has a file of over 150 threats related to his pandemic expertise.

“Some are minor — they compare you to Hitler or Mengele,” he said. “And then some are death threats.”

He is one of dozens of scientists harassed over the pandemic, according to a survey by scientific journal Nature.

Of 321 experts who responded to the journal, 81 percent reported some experience of “trolling or personal attacks after speaking about Covid-19 in the media”.

Fifteen percent reported receiving death threats and over half had their credibility attacked.

In its article on the survey, Nature said it reached out to scientists in the US, the UK, Brazil, Canada, Taiwan, New Zealand and Germany who had given interviews about the pandemic.

The prestigious journal acknowledges that harassment of scientists speaking on hot-button issues such as gun violence, vaccines and climate change is not new.

But they say even experts who were already prominent noted a rise in abuse related to the pandemic. The survey’s respondents described threats by email, online comments, phone calls and more.

French virologist Karine Lacombe rose to prominence during the pandemic for her expertise lent during regular television and radio appearances and in articles.

She told AFP that attacks on her — largely driven by French right-wing media supportive of controversial doctor Didier Raoult — began in earnest once she spoke out publicly against Raoult’s advice to use hydroxychloroquine to treat Covid.

She describes being insulted in the street, getting anonymous letters threatening rape, and having her inbox flooded with disparaging personal messages.

“It was totally new to me and extremely violent,” she told AFP.

She left Twitter and even spent several days with friends, imagining people might be waiting for her in front of her home.

“I had a kind of breakdown,” she said.

Both Lacombe and Van Ranst report being targeted by right-wing extremists in their countries, which are often aligned against pandemic measures and vaccines.

“They find different ways of harassing us,” Van Ranst said.

He says he makes a point of defending himself at the mandatory court appearances and that he has never lost — but fighting the suits has taken over 400 hours of his time.

“They’re not keeping me from my job but I have literally no free time,” he said, “This is the third one and they said they would keep doing it.”

Nature describes a “chilling effect”, with experts who experienced the most harassment also reporting the biggest influence on their willingness to speak to the media.

While Lacombe says she has heard similar feedback from colleagues, that it is not the case for her.

For with support from psychologists and groups fighting bullying and disinformation online, she says she was able to return to Twitter after a month and a half.

“It has reinforced my convictions,” she said.

“They want to silence us, we who have the knowledge and expertise. I’m trying not to give in.”

“I’m not more careful,” he said, “I’m equally outspoken against anti-vaccination messages or fake news or whatever.