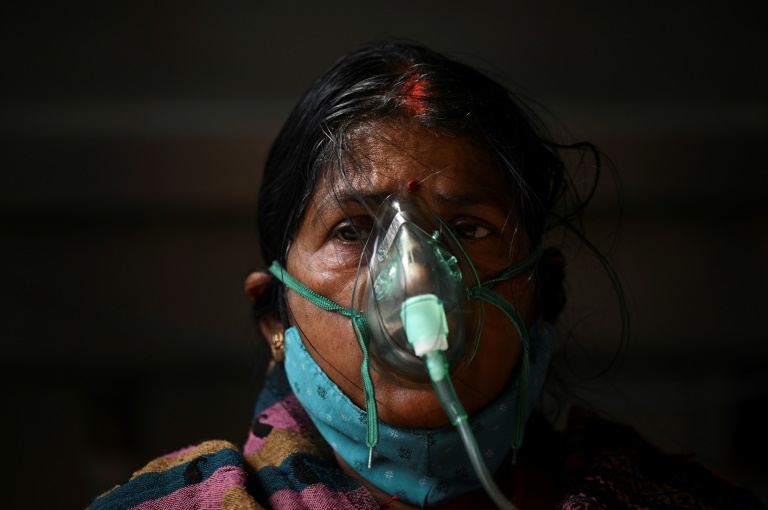 Infections have soared by around eight million since the end of March, according to official data which many suspect are a considerable underestimate.

India’s underfunded health care system is under severe strain, with fatal shortages of beds, drugs and oxygen leaving some to die awaiting treatment in long queues outside hospitals in capital New Delhi and other cities.

Twenty-four people died in one hospital overnight on Sunday in the southern state of Karnataka after the hospital ran out of oxygen, press reports and sources said, though the district administration denied that shortages had caused the deaths.

Another 12 died on Saturday in a hospital in the capital New Delhi after it ran out of oxygen, reports said.

Several hospitals sent out desperate appeals for oxygen on social media overnight, with deliveries arriving only in the nick of time.

One children’s clinic in Delhi raised the alarm on Twitter over a shortage of oxygen that has reportedly left around 25 to 30 newborns and children at risk.

“Oxygen is a basic requirement of a hospital and a consistent supply has not been assured. We are constantly firefighting,” the head of the Madhukar Rainbow Children’s Hospital Dr Dinesh told the Indian Express daily.

Federal and state authorities have been scrambling to get extra oxygen to hospitals, including by sourcing it from industry and sending special “Oxygen Express” trains.

Foreign assistance has also been pouring in, including from Germany and France, which this weekend sent medical equipment including oxygen-generating plants.

“Out there the hospitals are full. People are sometimes dying in front of the hospitals. They have no more oxygen,” German ambassador Walter J. Lindner said.

Adding to the pressure on Prime Minister Narendra Modi, the Supreme Court on Sunday ordered the government to rectify the oxygen situation in Delhi by midnight (1830 GMT) on Monday.

The surge has been blamed in part on new virus variants and the government having allowed huge religious and political gatherings in recent months.

Health ministry data on Monday showed that India had added around 370,000 new infections in the previous 24 hours as well as 3,400 deaths.

Per capita, however, the rates remain much lower than many other countries.

Brazil, for example — which has a population less than a fifth the size of India’s — has recorded almost 410,000 deaths and the United States around 575,000.

India’s vaccination drive is also faltering, with around 15.7 million shots administered so far, equating to just over one percent of the population of 1.3 billion people.

In this article:covid, India, oxygen, Pandemic