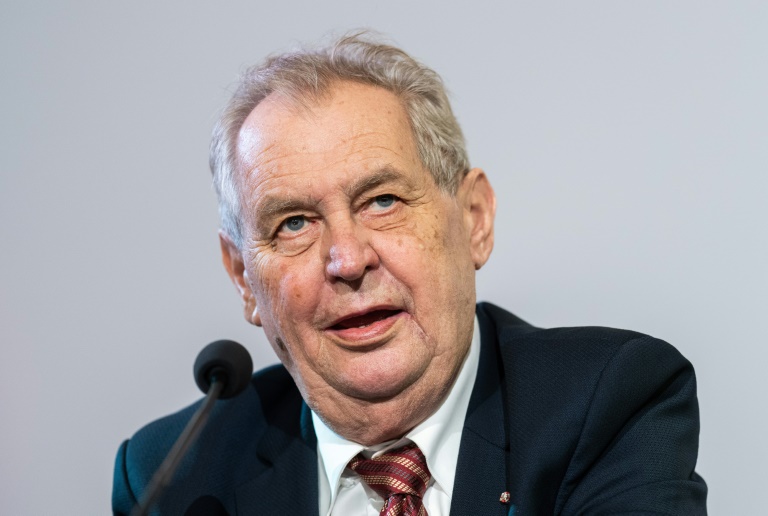 Czech President Milos Zeman was admitted to a Prague hospital Tuesday for what a source said was a short-term stay designed to get him in shape.

His hospital stay was shrouded in mystery as his spokesman Jiri Ovcacek and Prague Central Military Hospital spokeswoman Jitka Zinke were reluctant even to confirm his hospitalisation.

“It’s the same kind of stay as the last time,” a hospital source told AFP.

In autumn 2019, Zeman, a veteran leftwinger known for his close ties with the Russian and Chinese leaders, underwent a four-day “reconditioning” stay at the military hospital.

Zeman will be the crucial figure appointing a new prime minister after the Czechs head to the polls in a general election on October 8-9.

The novinky.cz news site ran a video of the wheelchair-bound Zeman waving as he entered the hospital on Tuesday.

Czech media said the 76-year-old Zeman had already been to the hospital on Friday when he underwent a regular scan, and that his doctor recommended a longer hospital stay for him.

Prime Minister Andrej Babis, Zeman’s close ally, wished the president “all the best and get well soon” in a tweet.

Zeman’s health has been a topic of speculation. The president, known as a chain smoker and a keen drinker, suffers from diabetic neuropathy and impaired hearing.

The president insists he is healthy, although the neuropathy has forced him to use a wheelchair as of this year.

Last year, Zeman, the first-ever directly elected Czech president in office since 2013, broke his arm in a fall.

Incidentally, his predecessor Vaclav Klaus was admitted to the same hospital on Tuesday after grappling with high blood pressure, Czech media said.