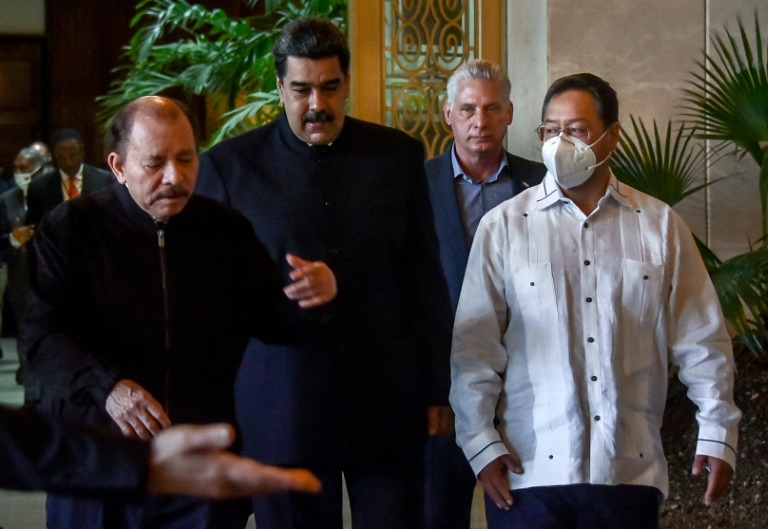 The leaders of Cuba, Venezuela and Nicaragua — which risk not being invited to an Americas summit in Los Angeles next month — will gather in Havana Friday with allied counterparts, the Cuban foreign ministry said.

Heads of state or government will meet under the umbrella of the Bolivarian Alliance for the Peoples of Our America (ALBA) economic bloc.

“On Friday, May 27, the 21st Summit of Heads of State and Government of ALBA will be held in Havana,” the foreign ministry said in a short statement.

On the agenda: “common development strategies” and an analysis of the “regional political situation.”

ALBA was created in 2004 in response to a US-proposed Free Trade Area of the Americas, which never materialized.

Washington has not yet confirmed who would, or would not, be invited to the June 6-10 summit in Los Angeles.

But President Joe Biden’s administration has insisted a “commitment to democracy” would be a prerequisite for attendance.

The leaders of Mexico, Bolivia, Guatemala, Honduras and others have threatened not to attend the summit unless all countries are invited.

Argentina and Chile have also asked that no one be excluded.

From Caracas, Venezuelan Foreign Minister Carlos Faria tweeted he would meet ALBA executive secretary Sacha Llorenti “to review the joint work agenda” with the aim to “consolidate the sovereignty and autonomy of the peoples of Latin America and the Caribbean.”

The United States has stepped up criticism of Cuban authorities following the arrest of hundreds of people for taking part in anti-government protests last July.

The Biden administration does not recognize Venezuelan President Nicolas Maduro or Nicaraguan President Daniel Ortega due to alleged election irregularities.