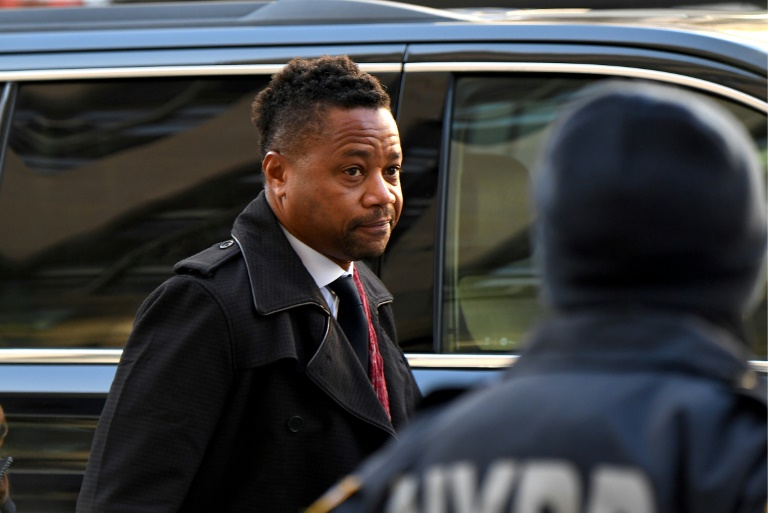 Oscar-winning actor Cuba Gooding Jr admitted forcibly kissing a waitress, his lawyer said Wednesday, in a New York court plea that will see other criminal complaints against him dropped.

The “Jerry Maguire” star had been accused by more than 20 women of groping and unwanted touching over decades, and had faced criminal charges stemming from complaints by three of them.

“He admitted to one charge that he kissed a waitress without her consent,” Rothman said, adding “all the other charges have been dismissed.”

“In six months, if he stays out of trouble, that charge will be withdrawn, and he will have no criminal record at the end of this.”

Gloria Allred, who is representing the unnamed woman in a civil suit, said applications for other alleged victims to be able to testify in the case — on the basis that they were subject to similar conduct — were denied by the judge.

“My law firm and New York attorney, Casey Wolnowski, will continue to litigate our civil case against Cuba Gooding, Jr. in Federal court in New York on behalf of our brave client who alleges in her lawsuit that Cuba Gooding, Jr. committed an act of gender violence against her,” Allred said.

“We look forward to achieving a just result in this lawsuit.”

Gooding, 54, shot to fame for his role in the 1991 film “Boyz n the Hood,” and cemented his reputation with an Oscar win for best supporting actor in American football movie “Jerry Maguire,” opposite Tom Cruise.

Gooding is the latest entertainment figure to face a public reckoning over unwanted sexual advances in the #MeToo wave, which began with producer Harvey Weinstein being brought to justice for decades of abuse.

In this article:Assault, Celebrity, Trial, US