Scientists at the Britain-based Centre for Agriculture and Biosciences International (CABI) released research on Monday that shows the pest which had not become established outside the Americas, is now expected to spread rapidly “to the limits of suitable African habitat” within the next few years.

Since arriving in Africa last year, probably on imported produce, the agricultural pest has already ravaged corn fields in Ghana, and then, after traveling through Zambia and Zimbabwe, marched into South Africa on February 3. The armyworm is rapidly eating its way through what was considered to be a good crop year.
READ MORE: COULD WE SEE AN END TO WIDE-SPREAD FOSSIL FUELS BY 2020?
According to the Food and Agriculture Organization of the United Nations (FAO), the pest has also turned up in Malawi, Mozambique, and Namibia. The caterpillar destroys young corn, or maize plants by attacking their growing points and burrowing into the cobs, according to Reuters. 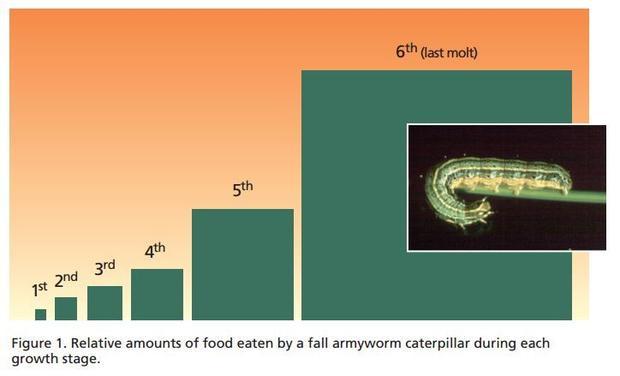 CABI scientists are fearful the pest will spread to Asia and the Mediterranean within the next few years unless swift action is taken to halt the invasive pest’s spread, reports the BBC, and the UN’s FAO is already planning emergency talks on the issue.

It gets its name from its feeding habits, eating everything in sight before moving to the next crop or grassy field, like an army on the march. The armyworm’s diet consists mainly of grasses and small grain crops, and when the caterpillars reach maturity, they can lay waste to a field in a matter of a few days. 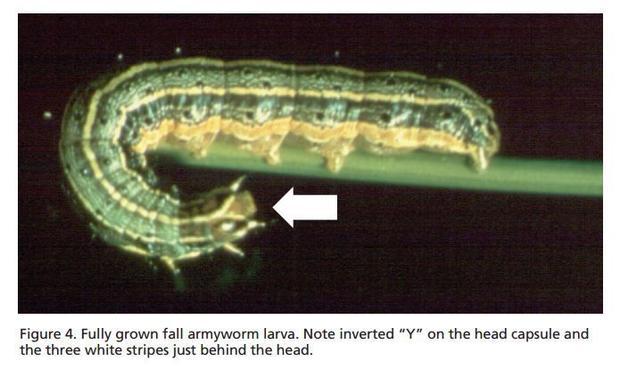 “This is the first time it has been shown that both species or strains are established on mainland Africa,” CABI’s chief scientist, Dr. Matthew Cock said. “Following earlier reports from Nigeria, Togo, and Benin, this shows they are clearly spreading very rapidly.”

Additionally, there is confusion in identifying the fall armyworm because there are several other species of armyworms already present in Africa. CABI experts are saying it could take several years to develop an effective method of controlling the caterpillars.