Friday’s ruling by U.S. District Judge Brian Morris in Great Falls, Montana, applies to the Powder River Basin, an area encompassing more than 15 million acres of public land in a region that produces 40 percent of the nation’s coal.

Judge Morris’s decision throws another roadblock in front of the Trump Administration’s plans for expanding and accelerating fossil fuel extraction from federal lands. Morris rejected U.S. Bureau of Land Management officials’ argument that climate change could be addressed when they consider whether to allow individual mine expansions. 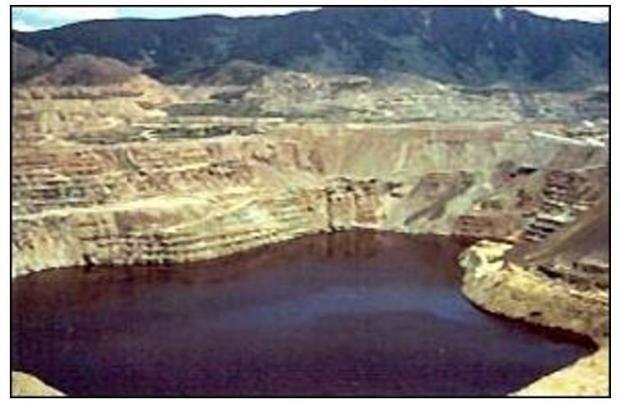 The Berkeley Pit, Butte, Montana.
USFWS
The case dates back to 2016 and was filed by a coalition of environmental groups over a plan by the Interior Department’s Bureau of Land Management to lease federally owned land in the Powder River Basin of eastern Montana and Wyoming. The BLM’s plan included the possibility of leasing the land for oil and gas development.

They argued that the fossil fuel development plans for the vast Miles City, Montana, and Buffalo, Wyoming, federal tracts violated the National Environmental Policy Act (NEPA).j by failing to account fully for the damage the coal, oil, and gas would do to the environment, including the climate.

The plaintiffs provided estimates that opening the vast tract of land would bring in 18,000 new oil and gas wells and make 10.2 billion tons of coal available for extraction, also pointing out the region already accounts for about 10 percent of the country’s annual greenhouse gas emissions.

In Judge Morris’s 52-page ruling, he upheld the core assertion by the plaintiffs, although he ruled against other claims. He ordered the government and environmental groups to work together on additional planning for the top U.S. coal producing region. He declined environmentalists’ request to halt mining.

The BML was ordered “to conduct new coal screening and consider climate change impacts to make a reasoned decision on the amount of recoverable coal made available” in the Miles City and Buffalo areas.

This is not the first time, recently, that the federal government has faced a setback because of environmental laws not being taken into account. In August 2017, a federal judge stopped Signal Peak Energy from expanding a 176 million-ton mine in central Montana because the Interior Department did not take into account climate impacts. 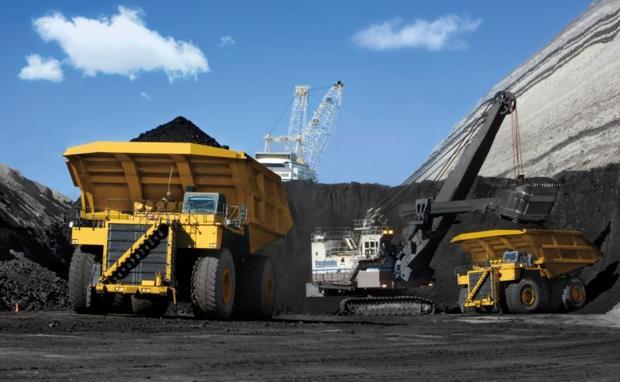 File photo: Coal in the Powder River Basin.
Peabody Energy
Advertisement. Scroll to continue reading.
In January 2017, just before Trump took office, Obama Interior Secretary Sally Jewell released the results of a year-long coal leasing review. She stated: “Based on the thoughtful input we received through this extensive review, there is a need to modernize the federal coal program,” she stated. “We have a responsibility to ensure the public … get a fair return from the sale of America’s coal, operate the program efficiently and in a way that meets the needs of our neighbors in coal communities, and minimize the impact coal production has on the planet that our children and grandchildren will inherit.”
When Ryan Zinke took over as Interior Secretary, he reversed Jewell’s recommendations. The coal leasing review was discarded, the moratorium on new leases lifted, and the proposed rule to increase royalties to the public rescinded.

“The court rightly recognized the fundamental disconnect between the need to rein in carbon pollution and the way BLM has proposed to manage our public lands and minerals,” said Western Environmental Law Center Attorney Kyle Tisdel, who represents the groups. “We hope BLM’s second chance will lead to better action.”