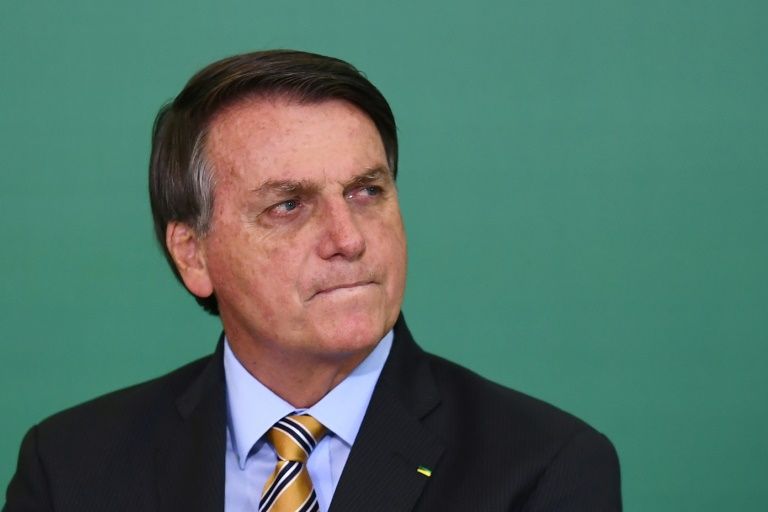 The president’s online Climate Summit taking place on Thursday comes after President Biden announced in January that the United States would rejoin the 2015 Paris Agreement to fight climate change, promising to put the country on track to net-zero emissions by 2050.

Invitations have gone out to China’s Xi Jinping, India’s Narendra Modi, and Russia’s Vladimir Putin, as well as leaders of some of the world’s most climate-vulnerable nations, including prime minister Sheikh Hasina of Bangladesh. And while a few countries are expected to join the 50 percent-cut-in-emissions club, Brazil could easily end up being a problem. 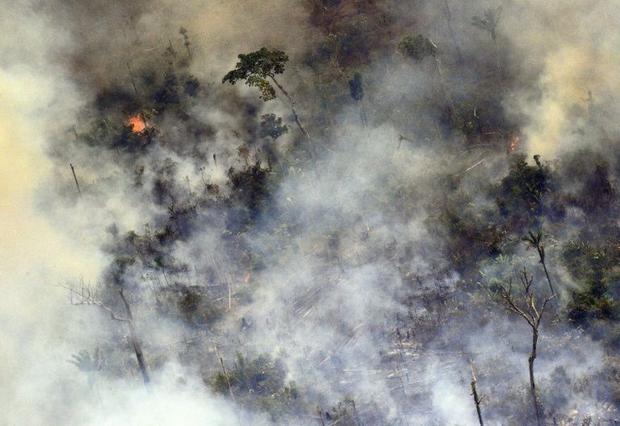 Aerial picture showing smoke from a two-kilometre-long stretch of fire billowing from the Amazon rainforest about 65 km from Porto Velho, in northern Brazil, on August 23, 2019
Carl DE SOUZA, AFP/File
The deal to end deforestation of the Amazon
Bolsonaro’s representatives have been in talks with Joe Biden’s climate team since February, with billions of dollars in U.S. aid on the table if the two sides can reach an agreement on curbing deforestation in the world’s largest rainforest, along with other environmental goals.

And while the deal – to some- may be a good thing if it goes through – to others, it is a dangerous ruse perpetrated by a leader of a country that has the world cringing in fear of what he will do next. Jair Bolsonaro is South America’s “bad boy.”

A bilateral agreement Brazilian officials had hoped could be announced during the summit has stalled after nearly 200 Brazilian advocacy groups sent a joint letter to Biden earlier this month, calling on him to “choose between being true to his speech and lending political prestige and money to Bolsonaro.” 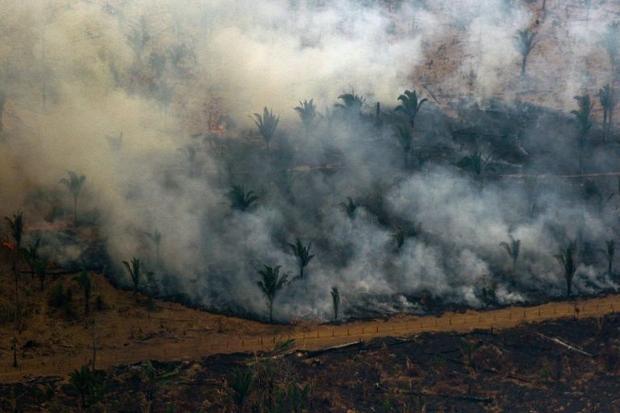 Bolsonaro's reputation among other nations has been tarnished by his poor record on containing deforestation and wildfires in the Amazon rainforest
LULA SAMPAIO, AFP/File
Yet just a week ago, Bolsonaro sent Biden a 7-page letter on April 14, promising to eliminate illegal deforestation––which accounts for an estimated 95 percent of deforestation in Brazil––by 2030.

But the world cannot forget the disaster and decimation Bolsonaro has brought on the indigenous peoples of the Amazon and the destruction of the great forest as a whole. He has encouraged deforestation for logging, mining, and other activities, as well as the illegal sales of rainforest land on social media.

If anyone thought that former president Donald Trump was brash in his anti-climate change rhetoric, Bolsonaro has been far worse, angering officials in countries around the world, including France’s President Emmanuel Macron, who has been vocal about the need for an international response to the Amazon Rainforest fires in 2019. 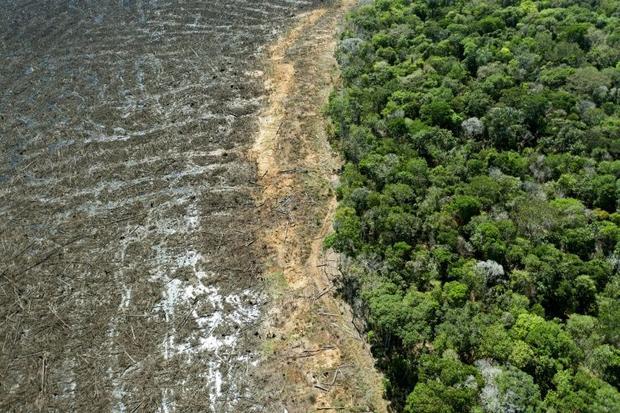 This file photo taken on August 7, 2020 shows a deforested area of Brazil's Amazon rainforest in Mato Grosso state; EU officials say distrust over President Jair Bolsonaro's treatment of the Amazon is holding up a major trade deal
Florian PLAUCHEUR, AFP/File
Bolsonaro was not happy that Macron had tweeted that the fires burning in the Amazon basin amounted to an international crisis and should be discussed as a top priority at the G7 summit. He accused Macron of having a “colonialist mentality.” The spat resulted in Bolsonaro turning down $22 million in G7 funds to help fight the fires.

Warning issued to leave the deal alone
In a letter dated April 20, 2021, dozens of celebrities including actors Leonardo DiCaprio, Jane Fonda, and Joaquin Phoenix called on President Joe Biden to refrain from signing any environmental agreement with his Brazilian counterpart, Jair Bolsonaro.

The group says they are siding with Indigenous peoples and civil society groups that have expressed concern about a possible deal with Brazil’s conservative leader, reports CTV News Canada. 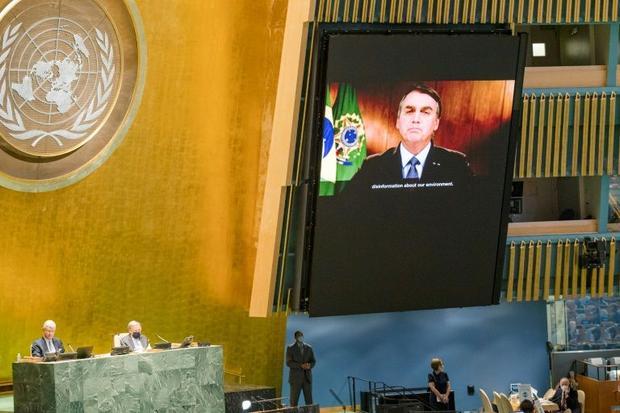 Brazilian President Jair Bolsonaro, a far-right climate-change skeptic, faced criticism as the UN General Assembly began for presiding over a surge in wildfires in the world's biggest rainforest
Rick BAJORNAS, UNITED NATIONS/AFP
Advertisement. Scroll to continue reading.
The letter reads “The integrity of this critical ecosystem is nearing a tipping point due to increasing threats to the rainforest and its Indigenous guardians by the Bolsonaro Administration, including deforestation, fires, and attacks on human rights.”

And in Brazil, 23 state governors (out of 27 in total) are planning to send a letter to Biden during the summit. They want to bypass Bolsonaro – who they say cannot be trusted to keep his word on anything, and instead propose a different kind of deal with the United States.

The letter, which has already been made public, maps out a potential partnership between the U.S. government and Brazilian states to protect the Amazon and other ecologically important Brazilian ecosystems. It points out that the states have “funds and mechanisms… available for the safe and transparent use of international funds, guaranteeing rapid and verifiable results.”

A State Department spokesperson tells TIME that the U.S. believes it is “realistic for Brazil to achieve a real decrease in deforestation” by the end of the 2021 fire season. “We would very much hope President Bolsonaro would use this opportunity to demonstrate his seriousness in addressing climate change, including emissions from deforestation in the Amazon,” they added.