Rising global temperatures are affecting the seasons in North America, causing spring to begin nearly a month earlier than it did 30 years ago. This means that pollen is released by plants, trees, and grasses earlier, according to a study, published in Proceedings of the National Academy of Sciences.

The study is interesting because not only is the pollen season starting earlier in Canada and the U.S. – 20 or more days earlier than in 1990 – But the pollen loads have become denser by at least 21 percent than in 1990, reports The Guardian.

It is true that previous studies have shown that spring is coming earlier due to the climate crisis, and a warming planet has already had an impact on insect-borne diseases and the more northerly movement of animals. But this particular study has gone even further than previous studies. 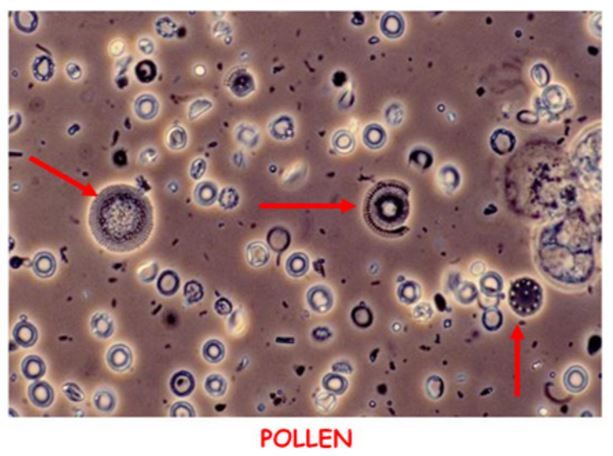 The researchers collected data from 60 pollen-collecting stations across the US and Canada, spanning 1990–2018, as well as observational climate datasets, and a suite of simulations from 22 Earth system models. They focused on four major pollen metrics – annual pollen integral, spring pollen integral, pollen season start date, and pollen season length.

The researchers also found there is some evidence the growing concentration of carbon dioxide in the atmosphere may in itself be helping spur the increase in pollen intensity.

“This is a crystal clear example that climate change is here and it’s in every breath we take,” said lead author Bill Anderegg, a biologist and climate scientist at the University of Utah, who also has “really bad allergies,” reports CTV News Canada. He added, “The health impacts are with us and likely to get worse.”

The study is the first to attribute the growing pollen season to climate change, according to Kristie Ebi, an epidemiologist at the University of Washington who was not involved in the research. “As the climate continues to change, without additional adaptation to prepare for and manage the impacts … the numbers of cases of asthma and allergies due to aeroallergens would be expected to increase,” she said.

Increased pollen and its impact on health
People who suffer from allergies know the symptoms to watch out for – drippy nose, sneezing, watery, red eyes, and a general feeling of misery. And like many allergy sufferers, these allergies often lead to chronic sinus problems, asthma, and chronic obstructive pulmonary disease (COPD).

“We should care about pollen season because pollen is an important risk factor for allergic diseases such as hay fever and asthma exacerbation,” said University of Maryland environmental health professor Amir Sapkota, who wasn’t part of the study.

“Asthma costs the U.S. economy an estimated $80 billion per year in terms of treatment and loss of productivity. So a longer pollen season poses real threats to individuals suffering from allergy as well as the U.S. economy.”