Speaking at the launch of a Special Report on Climate Change and Land by the UN Intergovernmental Panel on Climate Change (IPCC) in Geneva, experts highlighted how the rise in global temperatures, linked to increasing pressures on fertile soil, risked jeopardizing food security for the planet.

The report was written by over 100 scientists and unanimously approved by diplomats from nations around the world Thursday at a meeting in Geneva. The report not only voices dire warnings for the future – but provides some possible fixes. The report takes an unprecedented look at the impacts of the climate crisis on land and how land use is affecting the climate, according to the Associated Press.

Earth’s landmasses comprise 30 percent of the globe, yet humans affect 70 percent of the total, with one-quarter of that land already degraded, noted Valérie Masson-Delmotte, Co-Chair of one of three Working Groups that contributed to the 1,500-page report. 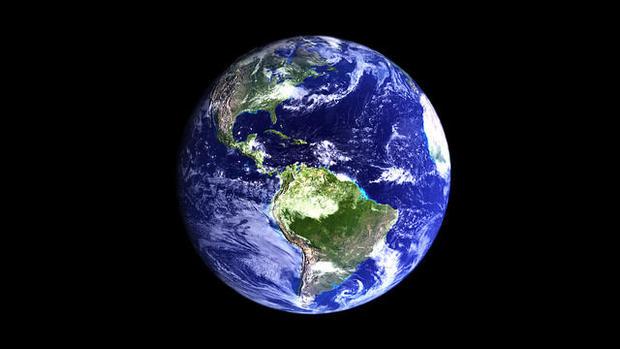 The entire food production system, with transportation and packaging, included, account for nearly 37 percent of greenhouse gas emissions (GHG), according to the authors. However, better use of the land, less meat-intensive diets, and eliminating food waste should be a global priority, and more importantly, something that can be done immediately. 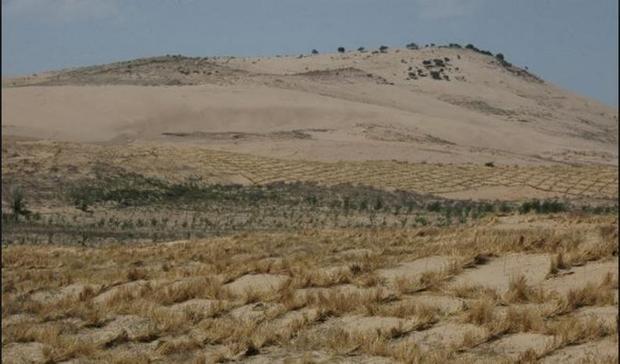 Desertification of agricultural lands in India is getting worse, and this will have implications for the whole world.
Indian Ministry of Environment
“There’s no doubt the window is closing rapidly,” said Pamela McElwee, one of the report’s authors and a professor of human ecology at Rutgers University, reports Inside Climate News. “That’s a key message of this report.”

“The way we use land is both a part of the problem and also a part of the solution,” said Valerie Masson-Delmotte, a French climate scientist who co-chairs one of the panel’s working groups. “Sustainable land management can help secure a future that is comfortable.”

Think about that statement for a minute. Climate change has already worsened land degradation. Deserts are growing larger, the Arctic’s permafrost is thawing, and droughts are leaving our forests more vulnerable to fires, pests, and diseases. Climate change is also responsible for extreme weather events, including torrential rains, flooding, massive mudslides, tornadoes, and cyclones. 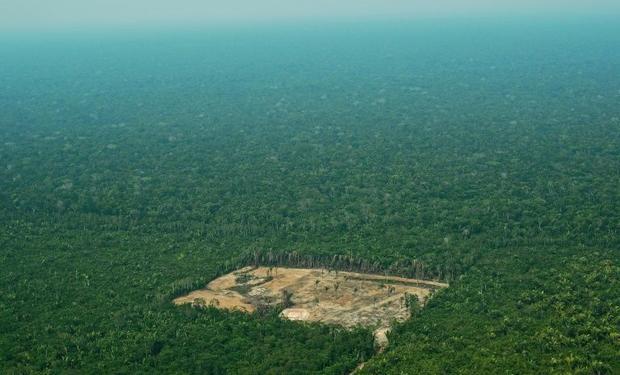 An aerial view from 2017 of deforestation in the Western Amazon region of Brazil, whose President Jair Bolsonaro is considering withdrawing from the Paris climate accord to curb global warming
CARL DE SOUZA, AFP/File
All these events add to the degradation of the land. And this is an important point because currently, global lands absorb more carbon than they emit. But that will change quickly as more lands are degraded and deforestation continues, says the report.

“The amount of greenhouse gases emitted in the future really depends on the choices we make today,” said Louis Verchot, one of the report’s lead authors and a researcher with the International Center for Tropical Agriculture. Citing the increase in deforestation in Brazil and other South American countries, he added, “Could land shift from a sink to a source? We know that’s very much a possibility.”

Food supply stability
“Climate change is really slamming the land,” said World Resources Institute researcher Kelly Levin, who wasn’t part of the study. And it could very well get worse. 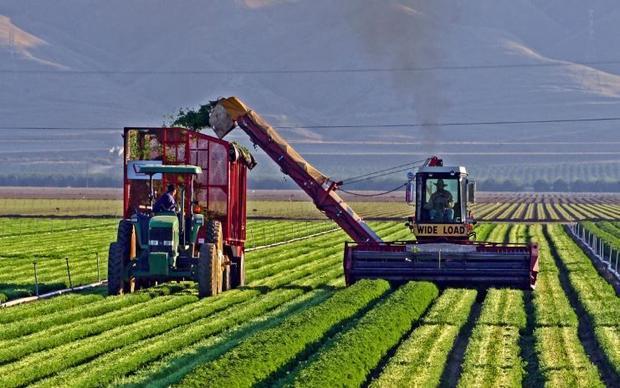 California Agricultural Statistics Review 2015-2016
Advertisement. Scroll to continue reading.
“The stability of food supply is projected to decrease as the magnitude and frequency of extreme weather events that disrupt food chains increases,” the report said.

Recent reports indicate more than 820 million people are undernourished around the world. Co-chair of another Working Group, Jim Skea, highlighted the fact that up to 30 percent of food produced globally, is simply lost or wasted.

Climate change is already severely impacting the agriculture sector, with more drought and extreme downpours. This year, alone, crops in the U.S. and Europe have been impacted by extreme weather events. “That will likely get worse, especially in tropical and subtropical parts of the world,” the report says.

In some regions, extreme weather fueled by global warming could lead to “increased displacement, disrupted food chains, threatened livelihoods … and contribute to exacerbated stresses for conflict.” 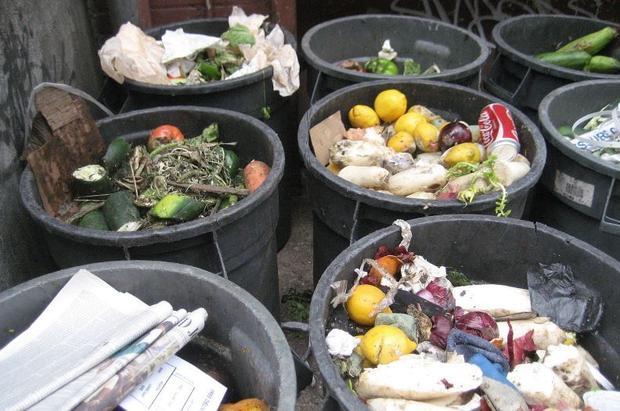 household food trash in New York City, New York.
petrr (CC BY 2.0)
There are actions that can be taken, including large-scale tree-planting on previously unforested land and using the land to grow biofuels, present trade-offs because they threaten to compete with land for growing food crops. No-till farming, and better “targeted fertilizing” is also an option.

Reducing our consumption of red meat and adopting a more plant-based diet could save the world as much as 15 percent of current emissions by mid-century. And it would make us healthier. However, it is almost unbelievable to find out that nearly 30 percent, and that is almost one-third, of all our food, is wasted or lost due to poor management.

“It’s a critical report right now,” said Doreen Stabinsky, a professor of global environmental politics with the College of the Atlantic, who was in Geneva to observe the final negotiations over the report. “There’s been increasing recognition about the climate change impacts on land and food, and there’s a recognition that it’s all-hands-on-deck.”