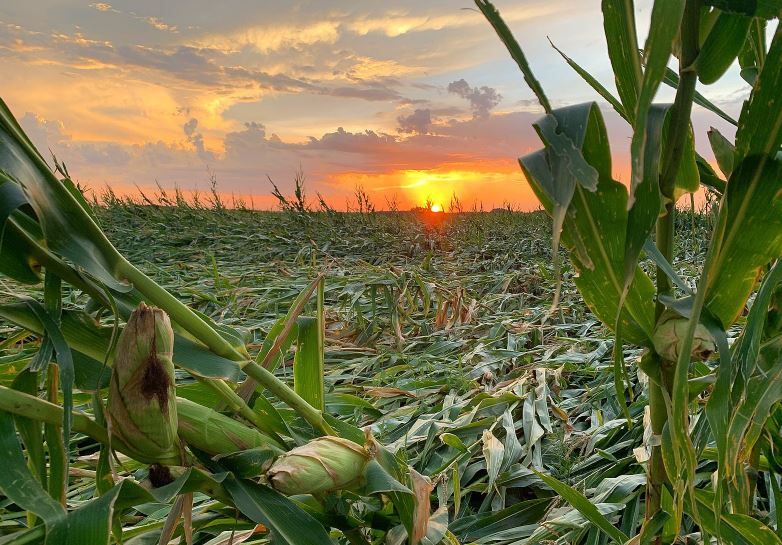 These changes include the altering of crop yields, as well as crop failures due to extreme weather events. One little thought-of-issue is the storage of crops after they are harvested. Some crops, like apples, potatoes, corn, and soybeans are stored for later use.

And even though a longer growing season allows for a greater number of plantings to be cultivated and can contribute to greater annual yields, however, some fruits and vegetables need a period of cold accumulation to produce a viable harvest, and warmer winters may end up being a risk. 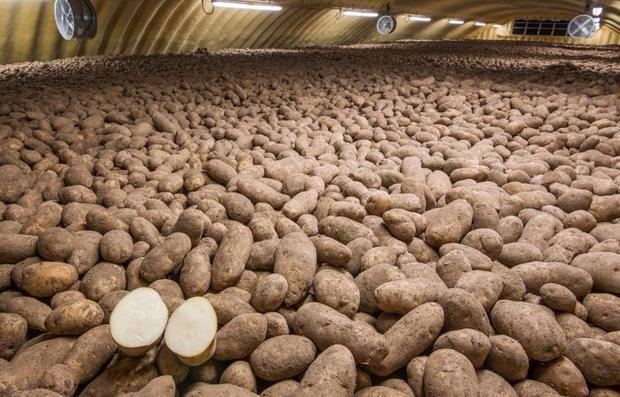 The Associated Press highlights Brian Sackett’s family in Michigan. His family has grown potatoes that are made into chips found on grocery shelves in much of the eastern U.S. for generations.

Michigan accounts for about a quarter of all the potato chips made in the U.S. and has always depended on the cool air during September harvest and late spring being ideal for crop storage. But the temperatures have been edging up, and Sackett has already had to buy several small refrigeration units for his warehouses.

Last year, he paid $125,000 for a bigger one. It’s expensive to operate but beats having his potatoes rot. “Our good, fresh, cool air is getting less all the time, it seems like,” he said on a recent morning as a front-end loader scooped up piles of plump, light-brown potatoes that would be packed into a tractor-trailer for shipment to chip factories. 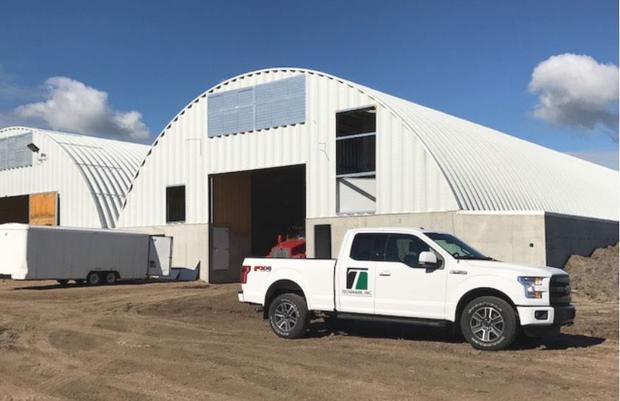 Footing the bill for safe storage
And this storage problem is also going on with apples in the Northwest and Northeast, peanuts in the Southeast, lettuce in the Southwest, and tomatoes in the Ohio valley, according to research published last year by plant physiology scientist Courtney Leisner at Auburn University.

The basic problem for farmers and the consumer, in the end, is determining who will end up footing the bill for innovations to save our food crops from rotting? Producers who install equipment to regulate temperature and humidity will see power costs rising as the outside air gets hotter.

“Whose pocket is it going to come out of? Probably the consumer,” Leisner said, adding that the potential effects of global warming on storage had been “largely ignored.” 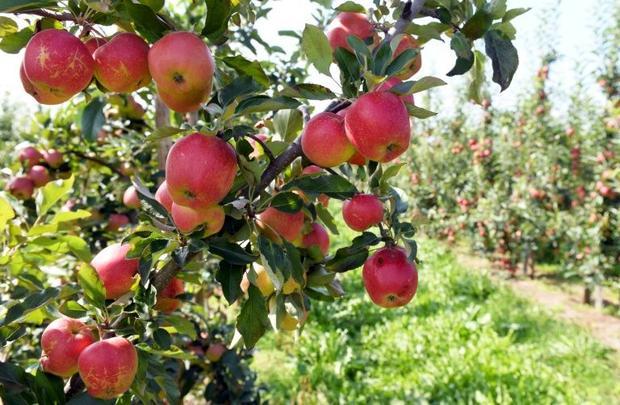 “There’s a big disconnect in our minds about the chain of events between the field and the grocery store and onto our plate,” she said. “Just a few degrees can make all the difference in whether it’s economical to store the fruits and vegetables that we expect to have on our dinner table 365 days a year.”

Climate change can add to the risks
While many people may not like it, there is also one other cost that needs to be addressed – Crop insurance. While federally subsidized crop insurance can be a safety net, farmers must still pay premiums, which are based on how risky production is, meaning as the temperature warms and yield risk rises, premiums could increase as well.

As the climate warms, growing corn and soybeans will become an increasingly risky venture for Kansas farmers, according to a recent study by Kansas State University researchers, and published in the journal Nature Communications last year.

The research team based their study on weather data and “Cause of Loss” data, maintained by the USDA Risk Management Agency over the past 25 years in every state east of the 100th Meridian. The 100th meridian divides the country from humid eastern states to arid western states, where crops depend more heavily on irrigation. 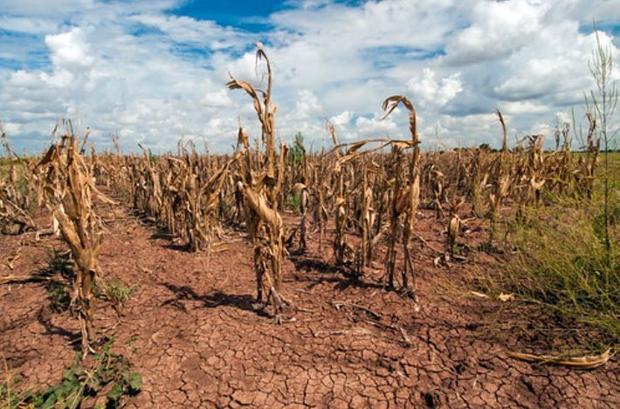 Corn shows the affect of drought in Texas on Aug. 20, 2013.
USDA photo by Bob Nichols

“Kansas is having a relatively larger increase in crop risk as a response to a one-degree Celsius warming, compared to the other parts of the country,” said Jisang Yu, assistant professor of agriculture economics at K-State. Most of Kansas fall into the top 20% percentile for the predicted increase in crop risk for corn and soybeans, according to Yu. On average, the southern U.S. will be hit harder by rising temperatures.

“Since the federal crop insurance program is a highly subsidized government program and it relies on taxpayer dollars, that means that there’s the potential for that to cost more money, not only out of farmers’ pockets but potentially taxpayers’ pockets,” said Edward Perry, assistant professor in agriculture economics at K-State. “That would suggest that in so far as efforts are put forth to mitigate (climate change), it would be offsetting those extra costs potentially.”

So, what does this all mean to you, the consumer? Will that bag of potato chips increase in price, or maybe that bag of Gala apples?

Co-owner Todd Forbush of Techmark Inc., an agricultural engineering company based in Lansing, Michigan, says, “We as a society need to do a better job of not wasting food. If we don’t put the necessary energy into storing that product, it could get worse.”