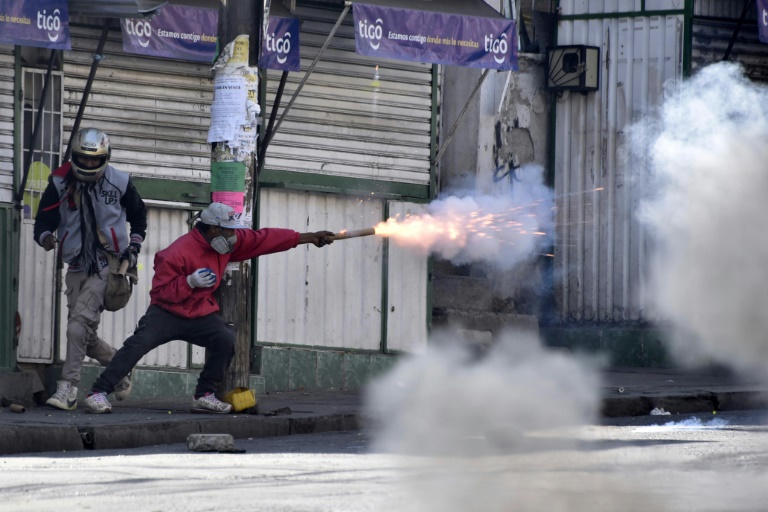 Clashes broke out Tuesday in the Bolivian capital La Paz between police and coca leaf producers in a dispute over control of the coveted commercialization of the plant.

Several uniformed officers and a journalist were injured, several sources reported, as hundreds of growers from the Association of Coca Producers (Adepcoca), as well as opponents of the government of leftist President Luis Arce marched to demand the closure of a parallel market for the plant, which they say is illegal and enjoys government support.

The Adepcoca market has become the center of a dispute between two groups of coca growers — one loyal to the government, the other opponents — since last year.

Some 90 percent of Bolivia’s legal coca leaf business, worth $173 million a year, passes through the Adepcoca market, according to UN figures.

The dispute centers around who should control the market.

Violence erupted last year when the group loyal to, and supported by, the government ousted an opposition figure to take control of the premises.

Armin Lluta claimed he was held hostage for hours and beaten up by the government-backed group before they took control of the market.

On Tuesday, protest leader Carlos Choque announced over a loudspeaker: “We are asking that this alleged market for the sale of coca, which has nothing to do with the legal market of Adepcoca, be closed immediately. We will not be afraid if they want to ‘shoot’ us, we are here.”

The growers began to launch firecrackers and low-intensity explosive devices known as dynamite caps, while police responded with the profuse use of tear gas., AFP witnessed.

“We have several police officers injured by the blast wave of the dynamites that were aggressively thrown at us,” the police said in a statement.

Adepcoca leaders said they will not end their protest until the market closes.

In this article:Bolivia, Police, Politics