The Times of London is reporting on Friday that the death toll appeared to be approaching 50 last night as it was discovered the United States had banned the type of cladding allegedly used on the 24-storey Grenfell Tower.

Scotland Yard has begun a criminal investigation of the fire that swept through the building in the early hours of Wednesday. While a small number of people have been identified, there is no doubt the number of dead will rise, say senior sources. The Grenfell Tower in West London was home to about 600 people.

The criminal investigation will be centered on the type of cladding used when the building underwent renovations in 2015-2016 at a cost of £8.6 million ($11 million). The work was completed last summer. Before the renovations started, there had been complaints from local residents that the building was a firetrap. 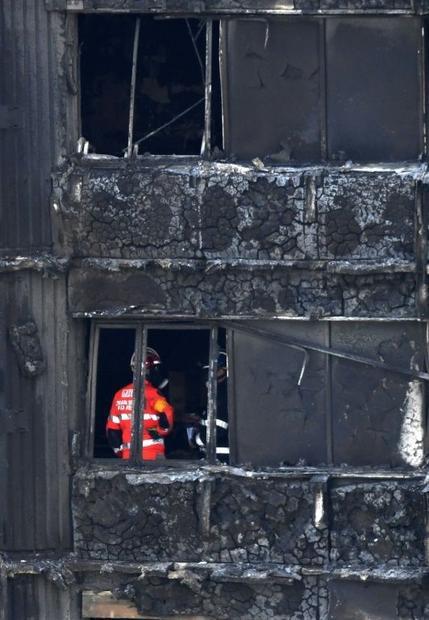 Emergency services continue to search inside the charred remains of fire-gutted Grenfell Tower, warning they may never be able to identify some of the victims
Chris J Ratcliffe, AFP

It is believed Harley Facades, a small firm subcontracted as part of the refurbishment of Grenfell Tower used Reynobond aluminum panels on the exterior of the building. Reynobond, made in the United States, are formed metal wall panels. The company makes three types of panels, with two types having a fire-retardant core and the third type having a flammable plastic core.

It is believed the contractor bought the cheaper more combustible version of Reynobond panels, called Reynobond PE. According to a salesman with Reynobond, said the PE version has a polyethylene core and is banned from being used in buildings over 40 stories high in the US because of fire safety. 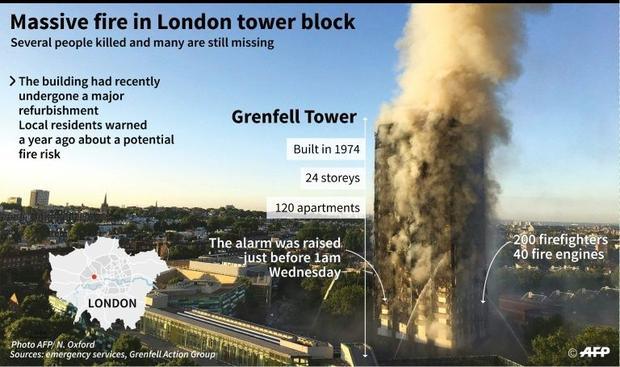 Survivors have voiced anger over longstanding safety fears at the Grenfell Tower apartment block in west London, which was engulfed by fire
Thomas SAINT-CRICQ, AFP

“It’s because of the fire and smoke spread,” he said. “The FR [variant] is fire-resistant. The PE is just plastic.” The salesman added that the PE panels are primarily used for smaller buildings and gas stations rather than in critical structures such as towers or hospitals.

A rough calculation done by the Times of London suggests that if the contractor had used the fire-resistant version of the panels, it would have only cost an additional £5,000 ($6,500) extra. However, besides allegedly using cheaper less fire resistant panels, The Guardian also discovered a long and twisting list of companies and subcontractors involved in the refurbishment of the tower. 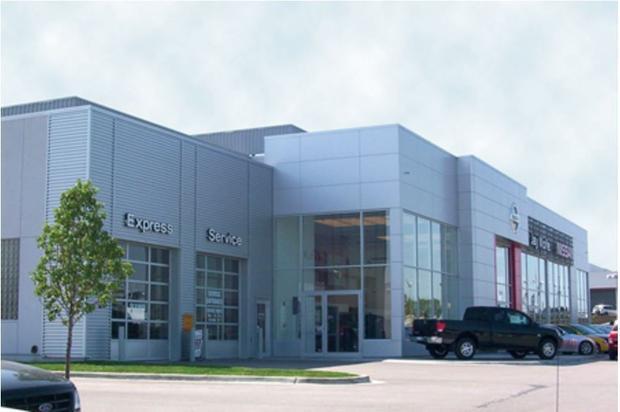 A Nissan dealership in Kansas City, Mo. Reynobond ACM was used to cover the exterior of the structure.
Reynobond

Kensington and Chelsea Tenants Management Organisation (KCTMO) hired Rydon, a construction firm as the lead contractor on the project. At least eight other contractors and subcontractors were involved in different aspects of the refurbishment. Experts say this way of doing business raises the specter of loss of oversight because no one knows exactly what everyone else is doing.

Thomas Lane, the editor of Building Design, told the Guardian: “There was a time when local authorities had their own architecture departments, some of them quite famous. Nowadays it’s all done externally. You’ve got disparate people, design teams, surveyors, project managers, a whole army of people.”