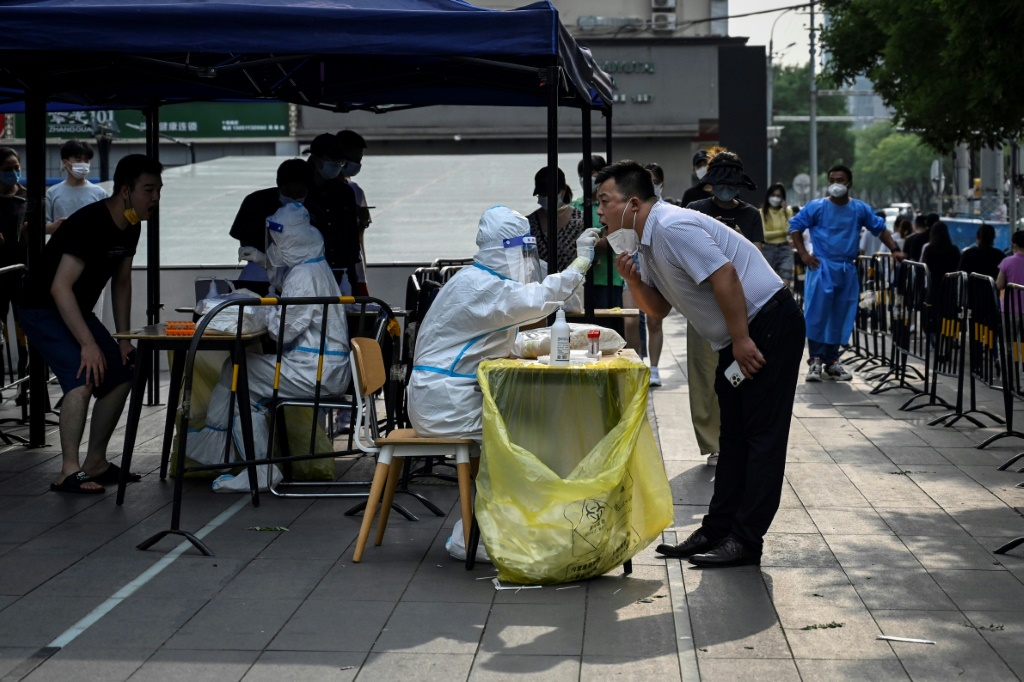 Hazmat-suited workers poke plastic swabs down millions of throats in China each day, leaving bins bursting with medical waste that has become the environmental and economic levy of a zero-Covid strategy.

China is the last major economy wedded to stamping out infections no matter the cost.

Near-daily testing is the most commonly used weapon in an anti-virus arsenal that includes snap lockdowns and forced quarantines when just a few cases are detected.

From Beijing to Shanghai, Shenzhen to Tianjin, cities are now home to an archipelago of temporary testing kiosks, while authorities order hundreds of millions of people to get swabbed every two or three days.

But experts say the approach — a source of political legitimacy for the ruling Communist Party — creates a sea of hazardous waste and a mounting economic burden for local governments who must plough tens of billions of dollars into funding the system.

“The sheer amount of medical waste that is being generated on a routine basis (is) at a scale that is practically unseen in human history,” said Yifei Li, an environmental studies expert at New York University Shanghai.

“The problems are already becoming astronomical, and they will continue to grow even bigger,” he told AFP. 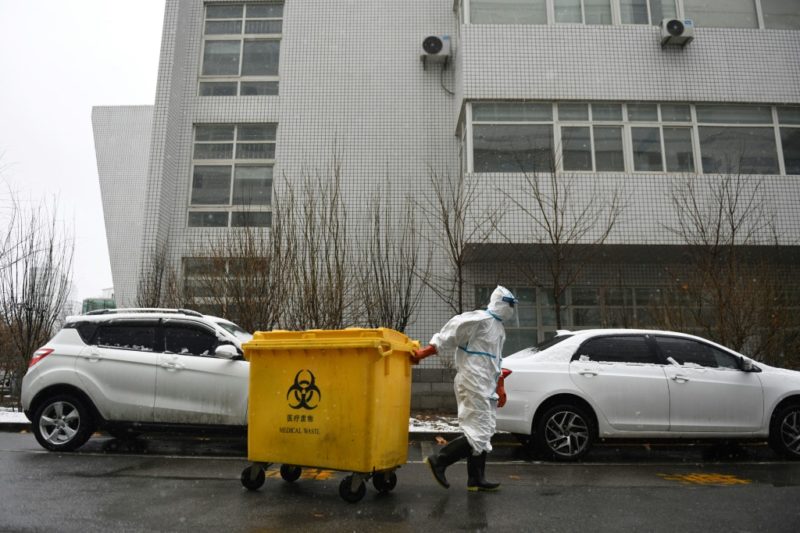 Beijing has positioned itself as an environmental leader, cracking down on air and water pollution while setting the goal of making its economy carbon-neutral by 2060, a target experts say is untenable given the current trajectory of investments in coal.

If not disposed of properly, biomedical waste can contaminate soil and waterways, posing threats to the environment and human health.

Cities and provinces home to a total of around 600 million people have announced some form of routine testing in recent weeks, according to an AFP analysis of government notices and Chinese media reports.

Different regions have imposed different restrictions, and some areas have suspended the policy in step with falling cases.

Nationwide data on the waste footprint has not been disclosed. But Shanghai officials said last month the city produced 68,500 tonnes of medical waste during its recent Covid lockdown, with daily output up to six times higher than normal. 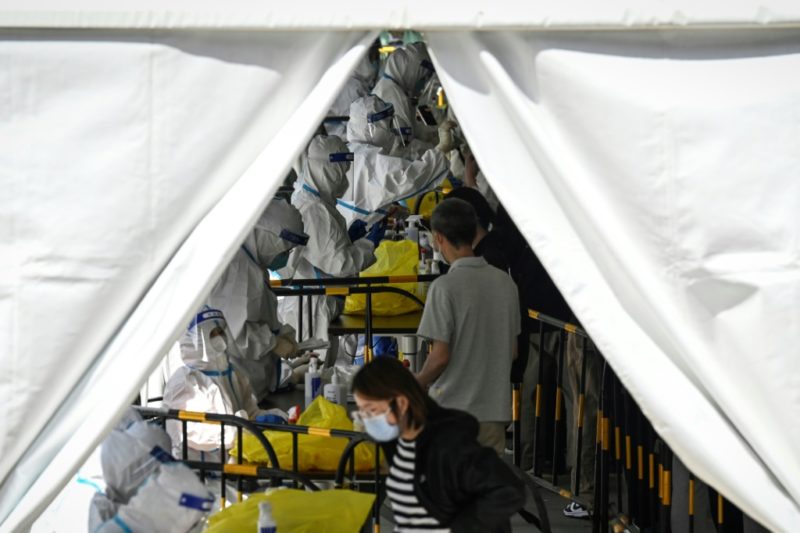 Beijing expects local governments to foot the bill for testing at a time when many are struggling to balance the books. — © AFP

Under Chinese regulations, local authorities are tasked with separating, disinfecting, transporting and storing Covid waste before finally disposing of it — usually by incineration.

But disposal systems in the poorer rural parts of the country have long been overburdened.

“I’m not sure that… the countryside really has the capacity to deal with a significant increase in the amount of medical waste,” said Yanzhong Huang, a senior fellow for global health at the Council on Foreign Relations.

The spike in waste may prompt some local governments to process it improperly or simply “dump it on the ground” in temporary landfills, said Benjamin Steuer, of the Hong Kong University of Science and Technology.

In a statement to AFP, China’s health ministry said it had made “specific demands for medical waste management” as part of national Covid protocols.

Beijing has urged provincial capitals and cities with at least 10 million people to set up a test site within 15 minutes’ walk of every resident.

Top leaders also expect local governments to foot the bill for testing at a time when many are struggling to balance the books.

Expanding the model to the whole of the country could cost between 0.9 and 2.3 percent of China’s gross domestic product, Nomura analysts said last month.

“The economics of that is tricky,” said Li of NYU Shanghai. “You don’t want to invest in permanent infrastructure to process what is perceived as a short-term surge of medical waste.”

Jin Dong-yan, a professor at Hong Kong University’s School of Biomedical Sciences, said “very ineffective and costly” routine testing would force governments to back away from other much-needed healthcare investments.

Authorities are also likely to miss positive cases as the Omicron variant spreads rapidly and is harder to detect than other strains, he told AFP.

“This will not work,” he said. “It will just wash down millions of dollars into the sea.”