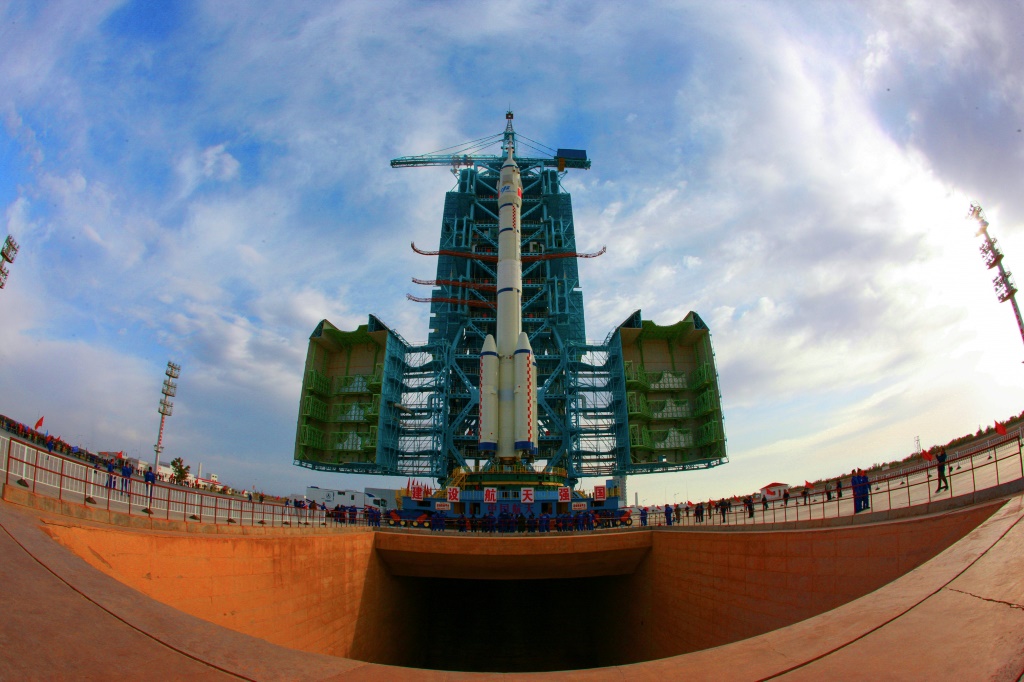 China will send three astronauts to its new space station this week, officials confirmed Thursday, in what will be Beijing’s longest crewed mission to date.

The three will blast off at 12:23 a.m. on Saturday from the launch centre in northwestern China’s Gobi desert, the China Manned Space Agency (CMSA) said at a press conference Thursday.

They will spend six months at the Tiangong space station’s core module, Tianhe.

The mission will also include “two to three” spacewalks to install components needed for future construction work, Lin said.

The three “taikonauts” — as China calls its astronauts — include commander Zhai Zhigang, 55, a former People’s Liberation Army (PLA) fighter pilot who in 2008 performed the first spacewalk by a Chinese astronaut.

Zhai said the main challenges for the astronauts will include “more complex” spacewalks than previous missions and the extra physical and mental pressure of living in space for a longer period.

But the crew “had the confidence and ability” to achieve their objectives and “live up to the great trust placed in us by the motherland and the people,” he added at a separate press conference Thursday.

She previously became China’s second woman in space in 2013.

The other team member is former PLA pilot Ye Guangfu, 41.

The trio were previously the backup crew for the successful Shenzhou-12 mission that concluded last month when the astronauts returned safely to Earth in a landing capsule.

The astronauts spent three months on the Tiangong station, which has separate living modules for each of them as well as a shared bathroom, dining area, and a communication centre to send emails and allow video calls with ground control.

The Long March-2F rocket that will carry the Shenzhou-13 spacecraft into space was moved to the launch pad last Thursday, Chinese state media reported.

It is currently taking on propellant before Saturday’s launch, Lin said.

China’s heavily promoted space programme has already seen the country land a rover on Mars and send probes to the moon.

Beijing’s desire for a human outpost of its own in Earth’s orbit was fuelled by a US ban on its astronauts on the International Space Station.