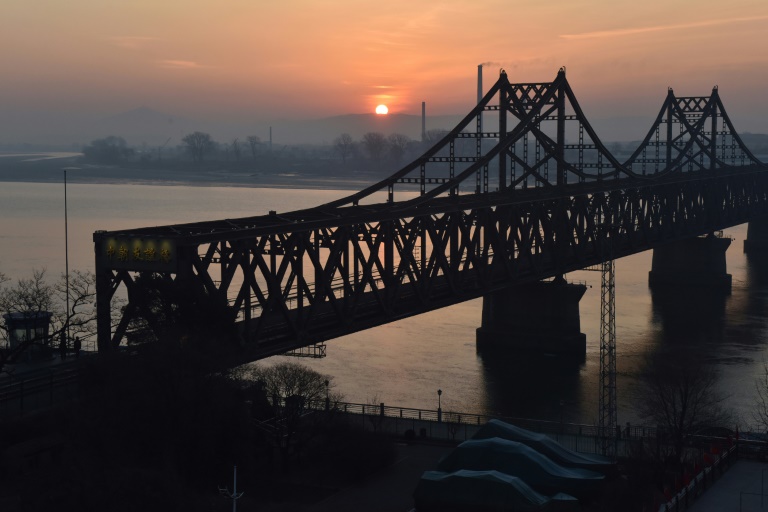 China said Monday that its border with North Korea has reopened for freight train trade, some two years after it was shuttered by Pyongyang because of the coronavirus pandemic.

A freight train from North Korea arrived at the Chinese border city of Dandong for the first time since early 2020 on Sunday, Japanese and South Korean media reported earlier.

China confirmed those reports on Monday.

“Due to the impact of the pandemic, rail traffic between China and the Democratic People’s Republic of Korea (DPRK) had been suspended for some time,” said foreign ministry spokesman Zhao Lijian at a routine briefing, referring to North Korea by its official name.

“Now freight trains carrying goods between Dandong and the DPRK have resumed operation. This work will be conducted in accordance with pandemic prevention measures,” Zhao added.

Impoverished North Korea sealed off its borders in January 2020 at the start of the pandemic, choking off all land traffic to and from its giant northern neighbour.

China and North Korea share an 1,352 kilometre-long border, while the port city of Dandong — home to the North Korean customs office — sits on the Yalu River which forms the border.

A close economic ally, China accounts for more than 90 per cent of the isolated country’s bilateral trade.

North Korea has long been subject to sanctions that have mostly crippled its international trade.

The country claims no virus cases inside its borders but it is reportedly struggling with chronic winter food shortages and reeling economically from its self-imposed coronavirus blockade.

In this article:China, north korea