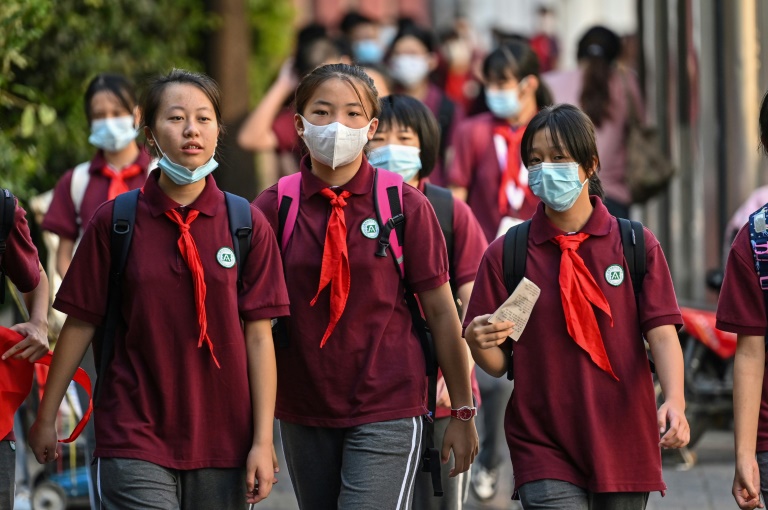 China passed a law Saturday to limit the pressure on children from homework and after-school tutoring, state media said, as the country reforms its ultra-competitive education system.

The government has imposed several rules in recent months aimed at combating activities it considers harmful to the development of China’s youth.

Beijing has already banned minors from playing online games for more than three hours a week in an effort to tackle addiction. It has also launched a crackdown on private tutoring companies, ordering them to go non-profit.

Local authorities will be told to “strengthen their supervision in order to reduce the burden on students in terms of homework and extra-curricular lessons”, said news agency Xinhua, citing a law passed by the Chinese legislature.

“Parents… must allocate in a reasonable way for minors the time devoted to studies, rest, entertainment and physical activity in order not to increase their learning load and to avoid any internet addiction.”

The law will come into force on January 1 next year.

China’s exam-oriented education system requires students to take exams from an early age and culminates in the feared university entrance exam at age 18 known as the “gaokao”, where a single score can determine a child’s life trajectory.

Many parents spend a fortune to enrol their children in the best schools or private lessons, which takes a toll on both their finances and the health of the youngsters.

Reducing the pressure on parents is also seen as a way to encourage Chinese people to have more children as the country’s population ages.