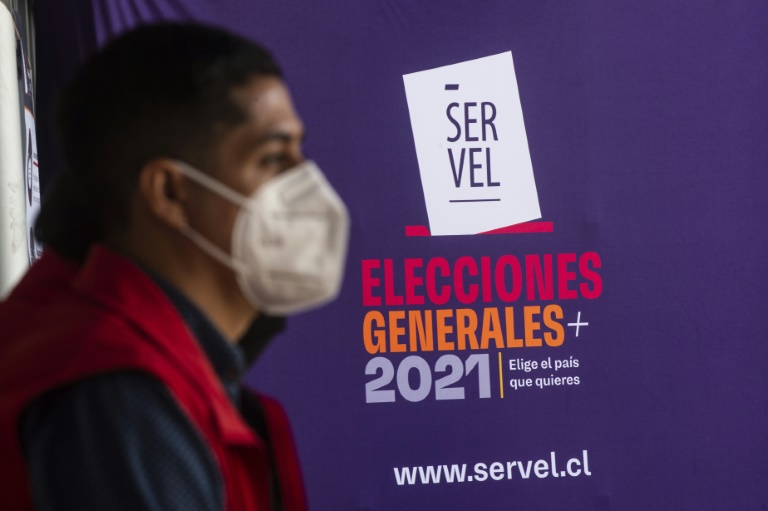 Chileans head to the ballot box for the fourth time in 18 months Sunday, this time to elect a new president on whose watch the country will draft its first post-dictatorship constitution.

The poll comes two years after a social revolt against deep-rooted inequality, and months after elections for a body that will draft the new constitution — a key demand of the protesters.

That ballot, in May, saw voters massively reject traditional political parties in charge since democracy replaced the dictatorship of Augusto Pinochet 31 years ago.

On Sunday, seven candidates will vie to replace the unpopular President Sebastian Pinera, covering the entire political spectrum from left to right.

The favorites are Gabriel Boric, 35, of the leftist Approve Dignity alliance which includes the Communist Party, and far right candidate Jose Antonio Kast, 55, of the Republican Party — each with about a quarter of stated voter intention.

Both are from minority parties not in government.

Centrists, including the candidate from Pinera’s party, proved the least popular in opinion polls that also revealed half of the 15 million eligible voters to be undecided.

“I’m going to vote but I am pretty disappointed,” said 26-year-old Danilo Panes, who took part in the 2019 protests and feels none of the seven candidates have put forward “alternatives in line with what the people demanded” when they took to the streets.

The demonstrators denounced low salaries and pensions, poor public health care and education, and in the words of a recent OECD report, “persistently high inequality” between rich and poor.

This situation was largely blamed on the Pinochet-era constitution, which pundits say has made the country rich through its promotion of private enterprise in all spheres, but at the expense of the poor and working classes.

Dozens of people died in weeks of protests in 2019 that marked Chile’s worst social crisis in decades.

The government finally agreed to a referendum, which one year later saw about 80 percent of voters give the go-ahead for a new constitution to be drawn up by an elected body.

Voters in May elected a majority of independent candidates, mainly left-leaning, to that body, which has already started drafting the document.

Chileans will on Sunday also replace the 155-member Chamber of Deputies and almost two-thirds of Senators for a new-look Congress that will be in place when the country decides in a mandatory referendum next year whether or not to adopt the new constitution.

It is not known how, or if, a changed constitution could impact on the terms or powers of the new president.

With his second, non-consecutive term beset by economic and social upheaval, billionaire Pinera approaches the end of his mandate with record-low approval.

The country’s economic woes have worsened with the coronavirus epidemic, with unemployment up, inflation at six percent and foreign debt skyrocketing as the demand for social aid and subsidies exploded.

One thing is clear: a large proportion of Chileans want a more interventionist and socially-minded government, better access to public health care and education and a change to the pension system, which is privately administered.

But analysts have also observed a recent rightward swing blamed partly on sometimes violent and arsonist actions by protesters, but also on growing concerns about immigration and crime.

Turnout in Chilean elections has been low — usually under 50 percent — since voting became voluntary in 2012.

To win in the first round, a candidate must garner 50 percent of the votes cast, but given the abstention trend and high levels of voter indecision, analysts believe the election will likely go to a runoff round between the top two contenders on December 19.