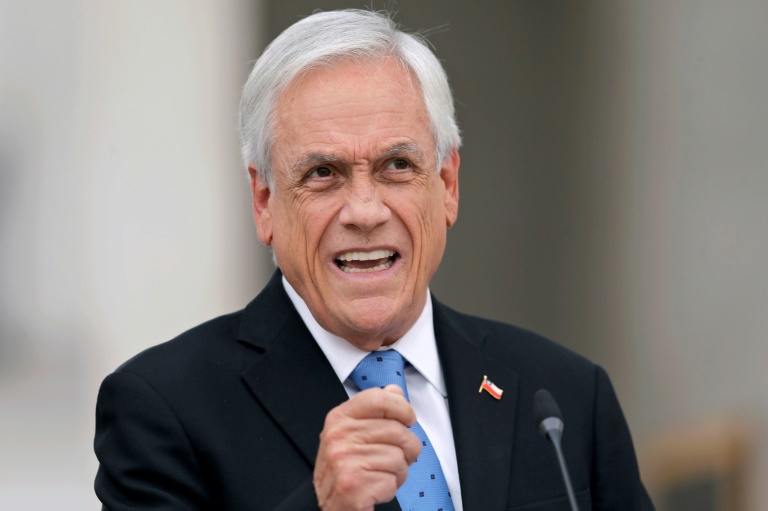 The Chilean public prosecutor’s office on Friday opened an investigation into President Sebastian Pinera over the sale of a mining company through a firm owned by his children, which appeared in the Pandora Papers leaks.

Attorney General Jorge Abbott opened the probe after the Pandora Papers revealed the sale of the Dominga mining company by a firm “linked to the family of President Pinera,” said Marta Herrera, head of the anti-corruption unit in the public prosecutor’s office.

On Monday, Pinera said that there was no conflict of interest in the 2010 sale, which took place during his previous mandate as president.

Herrera said the public prosecutor’s office took the decision to investigate because of the possibility that the deal involved “bribery, eventual tax crimes, matters that will all ultimately be the subject of an investigation.”

The case is due to be led by the public prosecutor in the region of Valparaiso, to the north of the capital Santiago.

According to an investigation by two local media, CIPER and LaBot that are part of the International Consortium of Investigative Journalists (ICIJ) that produced the so-called Pandora Papers, Dominga was sold to businessman Carlos Alberto Delano, a friend of Pinera’s, for $152 million in a deal carried out in the British Virgin Islands, a well-known tax haven.

The investigation found that the payment was due to be staggered over three instalments with a clause that stated the final instalment was dependent on “not establishing an area of environmental protection in the area of the mining company’s operations, as environmentalists are demanding.”

According to the investigation, the Pinera government did not create a protected area around the site of mine in question.