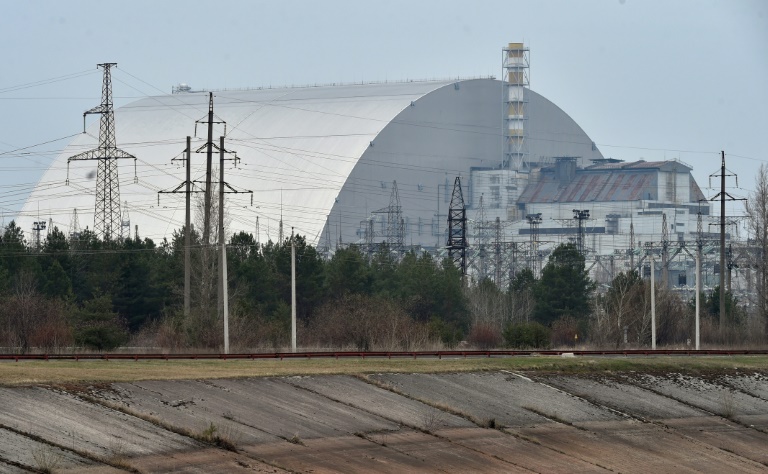 Power has been cut to the Chernobyl nuclear plant, Ukraine said Wednesday, but the UN’s atomic watchdog said there was “no critical impact on safety”.

The news from the site of the world’s worst nuclear disaster came as the International Atomic Energy Agency (IAEA) said data transmission was also lost at the Zaporizhzhia atomic plant, Europe’s largest.

Russian forces shelled and captured the Zaporizhzhia plant on March 4, causing a fire that raised alarm in Europe of a possible nuclear catastrophe.

Earlier, on the day Russia invaded Ukraine, its troops seized the defunct Chernobyl plant, site of a 1986 disaster that killed hundreds and spread radioactive contamination west across Europe.

On Wednesday Kyiv’s energy operator Ukrenergo said on Facebook the station “was fully disconnected from the power grid”.

The IAEA said in a tweet that while the development “violates (a) key safety pillar”, in this case it saw “no critical impact on safety”.

On Tuesday it had voiced concern for staff working under Russian guard at the site.

The situation for the staff at Chernobyl “was worsening”, it said, citing the Ukrainian nuclear regulator.

The plant sits inside an exclusion zone that houses decommissioned reactors as well as radioactive waste facilities.

More than 2,000 staff still work at the plant as it requires constant management to prevent another nuclear disaster.

Ukrainian Foreign Minister Dmytro Kuleba tweeted on Wednesday that “reserve diesel generators have a 48-hour capacity to power” the plant but added that “after that, cooling systems of the storage facility for spent nuclear fuel will stop”.

Ukrenergo said military operations meant “there is no possibility to restore the lines” at Chernobyl and there was also no power to the site’s security systems.

The reason for the transmission loss at Zaporizhzhia was not clear and the interruption of data flows at both sites was concerning, the IAEA said.

Chernobyl had similarly lost transmission to the IAEA, the agency reported Tuesday.

“The remote transmission of data from IAEA safeguards equipment located at nuclear sites around the world is an important component of our safeguards implementation, in Ukraine and globally,” IAEA Director General Rafael Grossi said.

“Such systems… enable us to monitor nuclear material and activities at these sites when our inspectors are not present.”