At the 4:00 p.m. ET advisory from the National Hurricane Center, Category 5 Hurricane Iota, the 30th and strongest tropical cyclone of the 2020 Atlantic Hurricane Season, was closing in on the Central American coastline with maximum sustained winds of 160 mph (260 kph).

AccuWeather meteorologists are forecasting that Hurricane Iota is expected to make landfall tonight near Puerto Cabezas, a city of close to100,000 people, in an area not far from where Eta made its catastrophic landfall less than two weeks earlier. Hurricane watches and warnings were in effect for much of the coast.

The speed by which Iota intensified is one for the record books. Just hours earlier today, the record-breaking, 30th named storm of the season strengthened from a Category 2 storm to a Category 4 major hurricane within an hour’s time. The storm wasted no time in intensifying further.

Hurricane #Iota now a Category 5 storm, forecast to bring extreme rain and life-threatening storm surge as it heads toward Nicaragua and Honduras November 16, 2020


“Iota is expected to at least maintain its intensity up until landfall and is expected to strike as a Category 5 hurricane (maximum sustained winds 157 mph or greater),” AccuWeather’s Lead Hurricane Expert Dan Kottlowski said.

AccuWeather Senior Meteorologist Matt Rinde said, “With Eta having gone through [the region] less than two weeks ago, Hurricane Iota will place another catastrophic blow to the region. No amount of words can describe the problems this system will add to the crisis already occurring in the area.”

NPR.org is reporting that numerous relief organizations are already preparing to move into the region. The NHC’s description of the damage resulting from a Category 5 storm says “a high percentage of framed homes will be destroyed, … Fallen trees and power poles will isolate residential areas. Power outages will last for weeks to possibly months. Most of the area will be uninhabitable for weeks or months.” 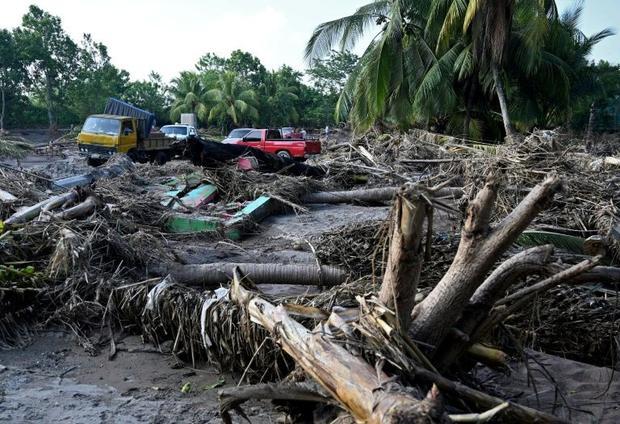 Conor Walsh, who manages Catholic Relief Services in Honduras, says the capital Tegucigalpa is highly vulnerable — as is the rest of the country. “This storm is so big, it’s going to go right across the whole country and we expect widespread damage and widespread suffering,” he says.

In Guatemala, Mercy Corps, a global humanitarian aid organization, is also gearing up to respond to the storm. Relief organizations have a lot to contend with. Not only do many people in the region live in extreme poverty, but the two storms have hit at a very bad time – the harvest season.

This eye though. My goodness, Central America cannot catch a break. Prayers up. pic.twitter.com/3fES6FPRYE


“These two storms are hitting at the worst possible time because … farmers are just getting ready to harvest, and they lost massive amounts of beans and other basic grains to the storm,” one relief worker in Nicaragua, says. “So we’re going to have to think about their immediate food security and then the long-term recovery of the agricultural sector,” Additionally, there is the risk of waterborne diseases increasing and caring for a possible upsurge in COVID-19 cases.

“A lot of people [outside Central America] didn’t even realize that Hurricane Eta came through and the devastation it made [in] … Nicaragua, Honduras, Guatemala, even back to Mexico, and so … Realize that this is severely affecting the lives of a lot of people, destroying livelihoods, homes, and families … There is a need to help rebuild and help people get their lives back,” Timothy Hansell, the manager of Catholic Relief Services in Nicaragua, says.