It is a frightening scenario, and probably the most complex and devastating disaster emergency services and public safety officials in the Pacific Northwest could ever face.

KXRO explains that this scenario called “Cascadia Rising” will be played out starting June 7, and will last until June 10. Be aware that this is a drill, and it will be big. This drill is a simulation of a complete rupture of the Cascadia subduction zone (CSZ), causing a magnitude 9.0 earthquake situated 100-150 miles to the West of the Coastline in the Pacific Ocean.

As part of the simulation, numerous aftershocks will cause major damage to homes, businesses, communities, and roads, with a loss of electrical power, telephone and Internet service. The resulting tsunami, occurring in multiple waves will impact coastal areas.

Emergency Operations and Coordination Centers (EOC/ECCs) at all levels of government and the private sector will be included in a simulated field response operation within their jurisdictions and with neighboring communities, state EOCs, FEMA, and major military commands, according to FEMA.

Speaking with the Associated Press, Lt. Col. Clayton Braun of the Washington State National Guard said, “This is the largest exercise ever for a Cascadia break.” Braun is one of the key planners for the doomsday drill to be played out next week. 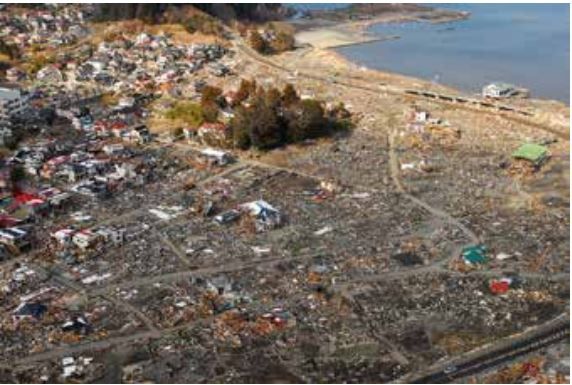 One scenario document written for the Cascadia Rising drill states: “the scale of fatalities across the coast may overwhelm the resources of local governments. Whole towns along the coast may disappear. Hospitals could either collapse or be too severely damaged to handle casualties.
All across the region between the Pacific and the Cascade Range, bridges and roads could be destroyed, fuel supplies and communications disrupted, and buildings and crucial infrastructure may sink into soil that’s been liquefied by the intense shaking.”

Ham radio operators are an important asset to any catastrophic disaster. In the event that telephone and Internet services are interrupted, ham radio operators are quite capable of acting as the world’s eyes and ears. They are even able to establish email service for emergency management officials, using amateur radio frequencies to bridge the gaps. 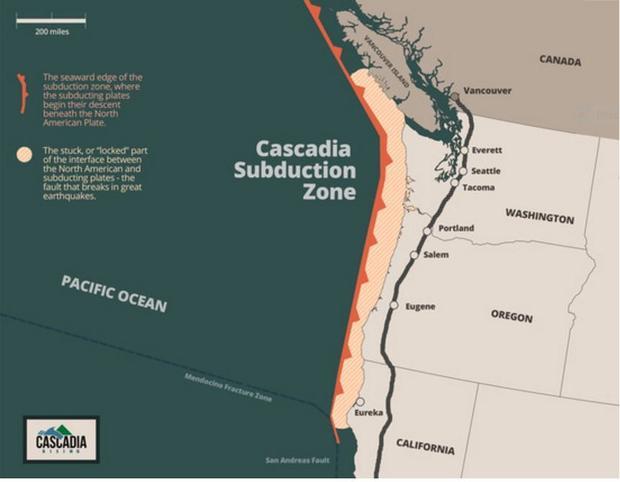 The Cascadia Subduction Zone off the coast of North America spans from northern California to southern British Columbia. Scientific evidence indicates that a magnitude 8.0-9.0 earthquake occurs along the 800-mile long fault on average once every 200 to 500 years. The last major earthquake and tsunami along the fault occurred over 300 years ago in 1700.
FEMA/Cascadia Rising

In February, Digital Journal ran a story about the Cascadia subduction zone off the western coast of the Pacific Northwest that runs 700 miles from Northern Vancouver Island, British Columbia to Northern California.

In the February story, it was pointed out that should the CSZ rupture in its entirety, it would cause a quake many times stronger than what the San Andreas fault is capable of producing, causing a huge tsunami and creating the worst natural disaster in the history of North America.

To read the full Cascadia Rising exercise, including disaster scenarios, see this document.