Pope Francis announced he would canonize Father Junipero Serra in September of this year during his visit to the United States. The Pope will visit Philadelphia and now there is speculation that he will also go to California because Father Serra is buried in Carmel.

“I said somebody pinch me. I am so ecstatic. I’ve been praying for this for years,” said Andy Galvan, Mission Dolores curator. Galvan has been lobbying for Father Serra’s elevation to sainthood for years. “He brought the gospel for the first time into this world and that’s what’s very significant for practicing Christians and Catholics here today,” he added.

The Catholic News Service reported the Pope made his announcement to reporters while aboard a flight from Sri Lanka to the Philippines on Thursday. Pope Francis explained to reporters his decision to canonize St. Joseph Vaz, a 17th to 18th-century missionary to Sri Lanka, bypassing the process of verifying a second miracle attributed to the saint’s intercession.

Calling St. Joseph one of the great evangelists, the Pope said he planned to go ahead with the canonization without the preliminaries of verifying a second miracle, and instead celebrate the practice of evangelization. “Now in September, God willing, I will canonize Junipero Serra in the United States. He was the evangelizer of the West in the United States,” the pope said.

The darker side of the “Father of the Missions”
This writer remembers learning about Father Junipero Serra, the founder of the mission system while in the fourth grade, growing up in California just as do students today. And while Father Serra has been credited with opening up new lands to Europeans, it was done at the expense of the indigenous people who lived there. 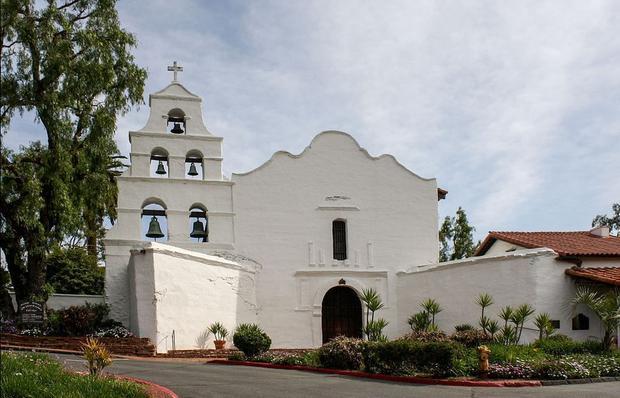 When Junipero Serra arrived in La Bahia de San Diego in 1769, there were almost 300,000 indigenous people living in the territory that would later become California. Father Serra started on a program of building what would become a string of 21 missions along the El Camino Real. The almost folklorish stories of the benevolent friars and the beautiful missions with their olive trees and vineyards are still being taught to children today, but in reality, life was much harsher.

Actually, less than a quarter of the native population was converted to Christianity. The Spanish flogged natives who disobeyed, and those who were converted, were isolated from their families, for fear they would backslide in their beliefs. Native customs and beliefs were banned, and anyone trying to escape was hunted down and confined. Livestock and diseases brought in by the Spanish ended up finishing off the native population while decimating the their food supplies and villages. 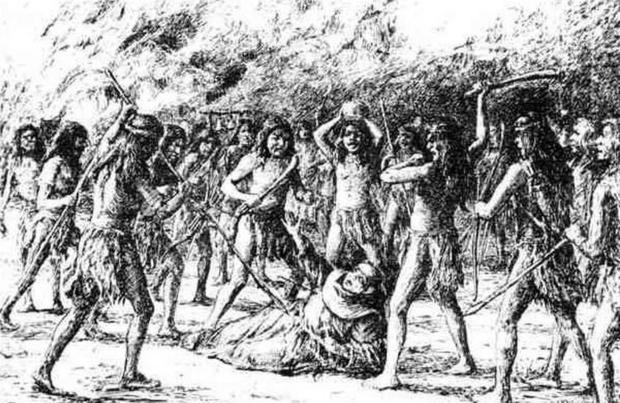 An illustration depicts the brutal death of Father Luís Jayme by the hands of angry natives at Mission San Diego de Alcalá, November 4, 1775.[37] A carpenter named Urselino and José Romero, a blacksmith, were also killed during the attack. There were many uprising by the native population. Illustration from Journal San Diego History.
Magnus Manske

This harsher reality has led to many questions over the canonization of Father Junipero Serra. Talking with the LA Times, Thomas P. Rausch, a professor of theological studies at Loyola Marymount University, said it was an ongoing debate over comparing “an 18th century Catholic missionary by 21st century standards of cultural diversity, religious pluralism, and personal autonomy.”

Rausch goes on to say, “There’s an enormous bias against Father Serra that may reflect some of the secular notions that are so prevalent today. The question we should ask is this: Was the message of the Gospel worth hearing in the first place?”

Ron Andrade, the director of the Los Angeles City/County Native American Indian Commission says, “Serra was no saint to us.” He points out that during the Spanish and Mexican colonial period, 90 percent of the native peoples in California were lost. 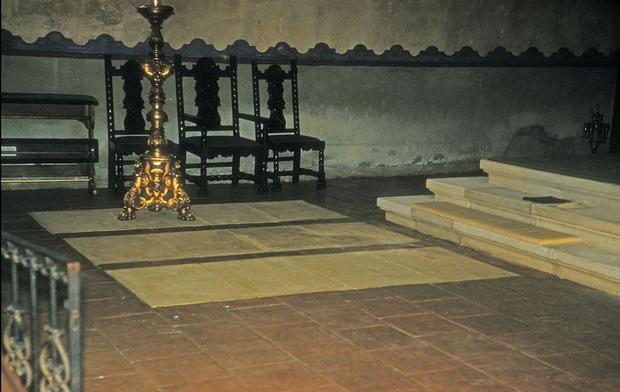 CARMEL MISSION (SAN CARLOS BORROMEO DEL RIO) FOUNDED BY FATHER SERRA IN 1770 AND MOVED TO ITS PRESENT SITE IN 1771. SERRA IS BURIED BENEATH THE CHURCH FLOOR.
JERRYE AND ROY KLOTZ MD

Father Serra was beatified September, 25 1988 by Pope John Paul II. This is the last step before canonization into the sainthood in the Catholic Church. At the time of Father Serra’s beatification, there were a number of protests, just as there will probably be in September this year. Serra’s advocates cite those times of Spanish colonization and conquest as being the norm, and also cite records that show Father Serra was an advocate for native rights, defending many from the Spanish governor.

Rev. John Vaughn, a Franciscan priest at Mission Santa Barbara, and the appointed advocate for Father Serra says this: “I don’t know how else to put it, but if we want to look at the faults of some of the things Serra did, we’d have to say the same thing about a number of American presidents. They were people of their own time.”