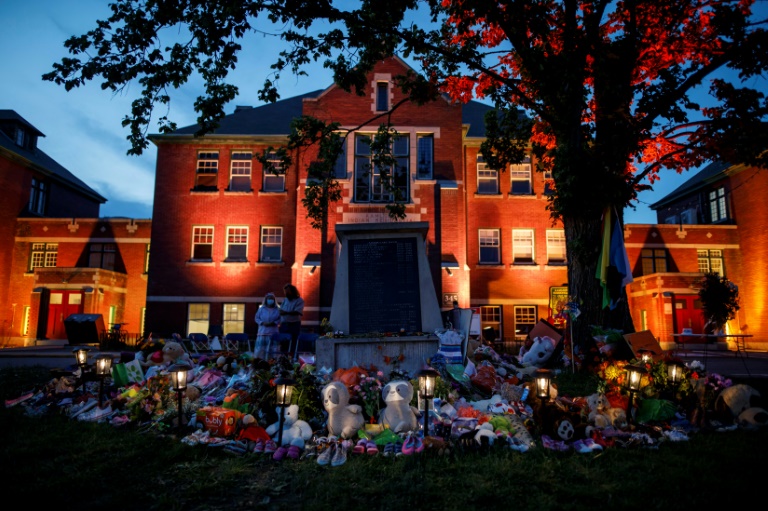 Canadian Prime Minister Justin Trudeau on Friday urged the Catholic Church to “take responsibility” and release records on indigenous residential schools under its direction, after the discovery of remains of 215 children in unmarked graves.

And he warned that his government was prepared to take “stronger measures,” possibly including legal action, to obtain the documents demanded by victims’ families if the church fails to comply.

Canada has been convulsed by the discovery of the remains at the Kamloops Indian Residential School in British Columbia — especially as there were only 50 deaths officially on record there.

The school was one of many boarding schools set up a century ago to forcibly assimilate the country’s indigenous peoples.

“As a Catholic, I am deeply disappointed by the position that the Catholic Church has taken now and over the past many years,” Trudeau told a news conference.

He recalled a May 2017 trip to the Vatican during which he sought a formal apology from Pope Francis for abuses of students, as well as access to church records to help account for more than 4,100 students believed to have died from disease or malnutrition.

When asked if the government might compel disclosure, the prime minister responded: “I think, if it is necessary, we will take stronger measures.”

But he added: “Before we have to start taking the Catholic Church to court, I am very hopeful that religious leaders will understand that this is something they need to participate in.”

Trudeau urged Canadian Catholics to “reach out (to their) local parishes, to bishops and cardinals, and make it clear that we expect the Church to step up and take responsibility for its role in this and be there to help in the grieving and the healing, including with records.”

“It’s something a number of other churches… have done. It’s something we are all still waiting for the Catholic Church to do,” he said.

“We need to have truth before we can talk about justice, healing and reconciliation.”

The Kamloops school in British Columbia, where the unmarked graves were discovered last week using ground-penetrating radar, was operated by the Catholic Church on behalf of the government from 1890 to 1969.

Some 150,000 Indian, Inuit and Metis youngsters in total were enrolled in 139 of these residential schools, where students were physically and sexually abused by headmasters and teachers who stripped them of their culture and language.

Those experiences are blamed now for a high incidence of poverty, alcoholism and domestic violence, as well as high suicide rates, in indigenous communities.

In Kamloops, Tk̓emlups te Secwepemc chief Rosanne Casimir, who has enlisted the help of the British Columbia coroner to help identify students’ remains and causes of deaths, told reporters the tribe had never received any records from the Oblates of Mary Immaculate who ran the school.

“We do want an apology” from the Church, she said, “a public apology, not just for us, but for the world… holding the Church to account.”