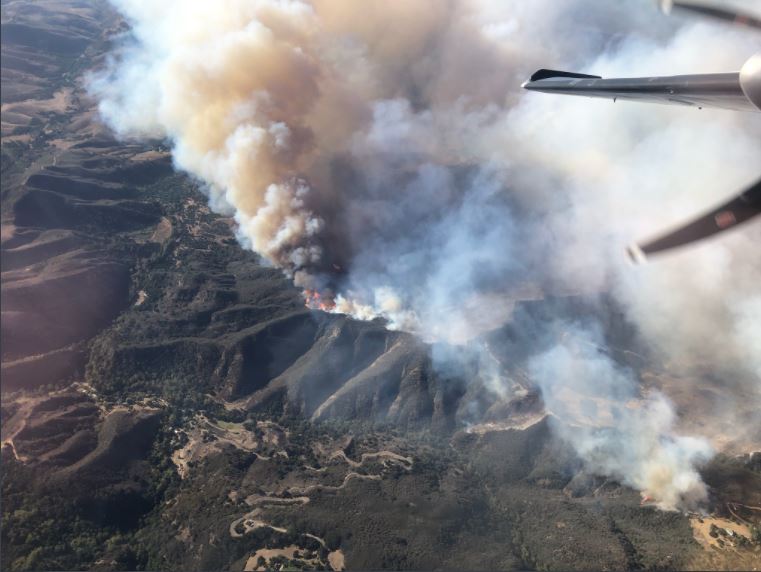 More than 760 California firefighters are battling flames and strong winds as they tackle the Alisal Fire, which has already shut down a section of the iconic Highway 101 and Amtrak lines in Santa Barbara County.

The fire, which erupted on a ridge on Monday, swept toward the ocean, forcing the closure of US 101, the only large highway on that section of the coast. Evacuation orders and warnings were in place for ranches and several rural communities.

While the county is sparsely populated, over 100 homes are at risk, forcing the issuance of evacuation orders for Refugio Canyon, Arroyo Hondo Canyon, and the area between El Capitan Beach State Park and West Camino Cielo. Evacuation warnings are also in place for either side of the mandatory evacuation zone.

“Significant fire activity continues with critically low fuel moisture and wind driven fire runs,” fire officials said in a Tuesday update on InciWeb, a clearinghouse for wildfire information in the US. “The main constraint has been heavy winds that have limited safe access to suppress the fire and limited the use of aircraft to engage and support fire suppression,” the update said.

Meanwhile, CNN is reporting that 20 California counties have been warned by utility company PG&E that they could see a Public Safety Power Shutoff (PSPS) Thursday in response to weather conditions that could fuel yet another wildfire.

The National Interagency Fire Center is reporting that as of Wednesday, forty-five large fires and complexes have burned 2.8 million acres in nine states. Wildland firefighters continue to make progress on the KNP Complex and Windy Fire.