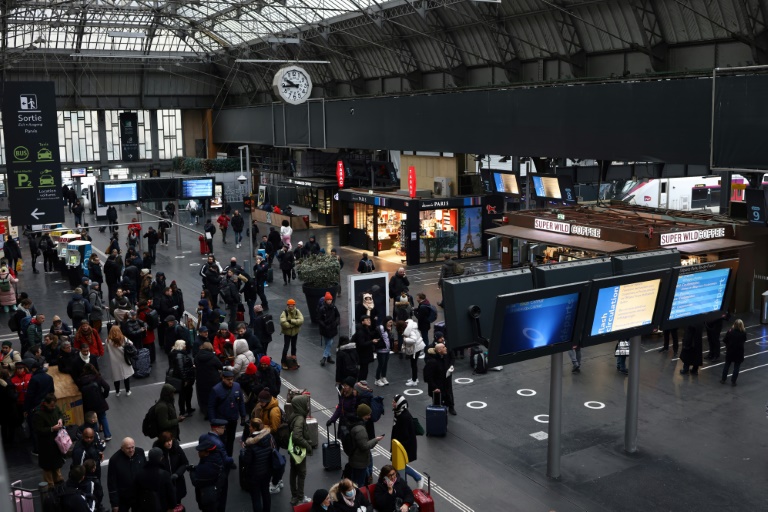 One of the busiest train stations in Paris suffered a total traffic shutdown on Tuesday after vandals triggered a major signal malfunction by setting cables on fire.

All traffic from Gare de l’Est, which serves routes to Germany, eastern France and is a key local train commuter hub, was cut for the entire day, operator SNCF said.

A fire broke out at a signals point at around 3:00 am (0200 GMT) ahead of the morning rush in what was first thought to be an accident, but subsequently turned out to be arson, it said.

“This was a fire started deliberately,” a spokeswoman for SNCF told AFP.

There was no immediate indication over who the perpetrators were or what their intention was in targeting a small but crucial piece of infrastructure.

The SNCF spokeswoman said traffic was cancelled for all of Tuesday, after officials had earlier expressed hope that services could resume around 10:00 am.

The operator had filed a criminal complaint with police, she said.

The fire was discovered near the regional station of Vaires, east of Paris, where 48 cables were damaged after their protective casing was forced open, she said.

A railway agent discovered the fire and called police at 4:30 am.

The cables’ function was to transmit data to signalling posts. “Safety conditions can no longer be guaranteed,” she said.

Around a dozen network specialists were on site to repair the damage, SNCF said.

Fast TGV trains to the eastern French cities of Colmar, Nancy and Reims as well as Frankfurt and Stuttgart in Germany, and to Luxembourg were among those cancelled.

Some TGV departures, however, were diverted to the nearby Gare de Nord station, SNCF said.

Passengers unable to travel were invited to re-book their journeys or get the ticket price reimbursed.

Such acts “must be severely punished because we can see the impact they have on people’s daily lives”, he said.