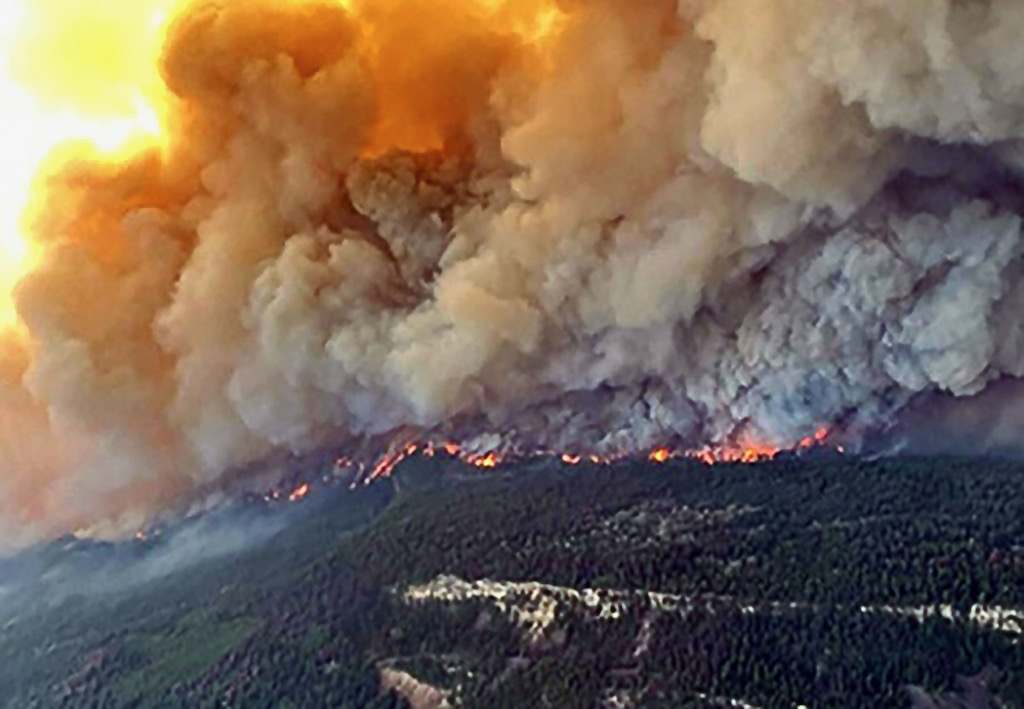 Wildfire crews in B.C. continued battling over 300 wildfires across the province over the weekend, including a 50-square-kilometer (19.3 square miles) fire near Ashcroft in the province’s central interior.

The Ashcroft fire, just 8.5 kilometers (5.3 miles) south of the town, is “out of control,” reports CBC Canada. These conditions have put the town of Ashcroft and Ashcroft Indian Band land under evacuation orders.

The B.C. government says accommodations for wildfire evacuees are filling up as the flames and smoke from numerous blazes spread, forcing more people from their homes and contributing to an eerie, acrid haze that’s blanketing cities in neighboring Alberta, according to the Vancouver Sun.

Accommodations have gotten so scarce that Emergency Management B.C. issued a news release encouraging anyone who self-evacuated to a larger community due to smoky conditions to consider returning home.

Smoke from the fires in B.C., as well as others in northern Saskatchewan, Manitoba, and Northwest Ontario, has resulted in special air quality advisories across much of the West.

B.C. problems this year are a repeat of the 2017 wildfire season

The authors of a B.C. government review of 2017’s record-setting wildfire season are urging the province to take their report off the shelf and read it carefully.

As wildfires rage across the province today, George Abbott and Chief Maureen Chapman say they warned the province about many of the very problems B.C. has faced this year.

Chapman is the chief of Sq’ewá:lxw First Nation; Abbott is a former provincial cabinet minister. The report – Addressing the New Normal: 21st Century Disaster Management in British Columbia was a provincially mandated review of one of the worst fire and flood seasons B.C. had seen.

Both authors have expressed their frustration when they spoke to CBC Canada, after watching the responses to the early fire season and the criticism leveled at the government from Indigenous leaders, municipalities, and evacuees.

“The 2017 season and the flood season were both seen as wake-up calls in terms of government needing to up its game,” Abbott said. “If there are residual red tape barriers to us moving forward with the kind of program that’s needed, let’s try to address them as quickly as we can because the climate’s not waiting for us on this one.”

The 148-page report identified major communication gaps, poor relations and cooperation with First Nations, and inadequate prevention measures — all of which had hampered B.C.’s response in 2017, and continue to do so today.

“It doesn’t need to come to what’s happened if everyone was communicating with each other and staying on top of this whole fire season, flood season,” Chapman said. “This report needs to be taken off the shelf.”