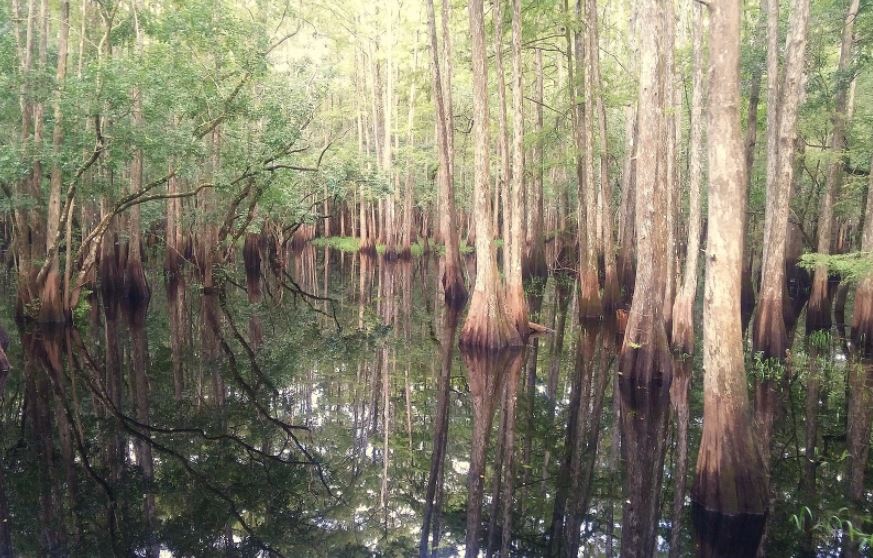 A network of streams, lakes and marshes in Florida is suing a developer and the state to try to stop a housing development from destroying them. The listed plaintiffs are Wilde Cypress Branch, Boggy Branch, Crosby Island Marsh, Lake Hart, and Lake Mary Jane.

In November 2020, Orange County, Florida became the largest municipality in the United States to adopt a ‘rights of nature’ law, according to a press release from the Center for Democratic and Environmental Rights. Now, the county is about to test that law in the courts.

Voters were near-unanimous in approving the measure last year, recognizing the rights of Orange County rivers and streams, along with a right to clean water for the residents. With close to 1.4 million people, it is the thirtieth largest county in the U.S. and the fifth-largest in Florida.

Per The Guardian, on April 26, a lawsuit was filed on behalf of the plaintiffs in Orange County alleging that a “1,900-acre housing development in the planning stages by Beachline South Residential LLC would destroy dozens of acres of wetlands and streams due to pollution and filling, as well as 18 additional acres of wetlands where stormwater detention ponds would need to be set up.”

Laws protecting the rights of nature are not that unusual, and recognition of those rights by the courts is growing worldwide. This novel approach to environmental law was introduced in the US in 2006 by the Community Environmental Legal Defense Fund, who successfully defended a Pennsylvania community’s right to reject sludge being dumped in their borough.

Rights for nature was first proposed in 1972 when Christopher Stone published Should Trees Have Standing? It became a rallying point for the new environmental movement taking place at that time. Stone’s arguments for the rights of nature launched a worldwide debate that ultimately reached the U.S. Supreme Court.

The lawsuit filed in the ninth judicial circuit court of Florida also claims that residents would be at risk of polluted water due to runoff from the newly constructed structures and thoroughfares. At this time, various development and dredging permits need to be issued before the Meridian Parks Remainder Project can begin, and this is what the lawsuit is trying to stop.

“Our waterways and the wildlife they support have been systematically destroyed by poorly planned suburban sprawl,” says Chuck O’Neal of the conservation group Speak Up Wekiva, who will represent the waterways in court. “They have suffered in silence and without representation, until now.”

In this article:Environment, Florida, Lawsuit, orange county, Rights for nature, Should Trees Have Standing?