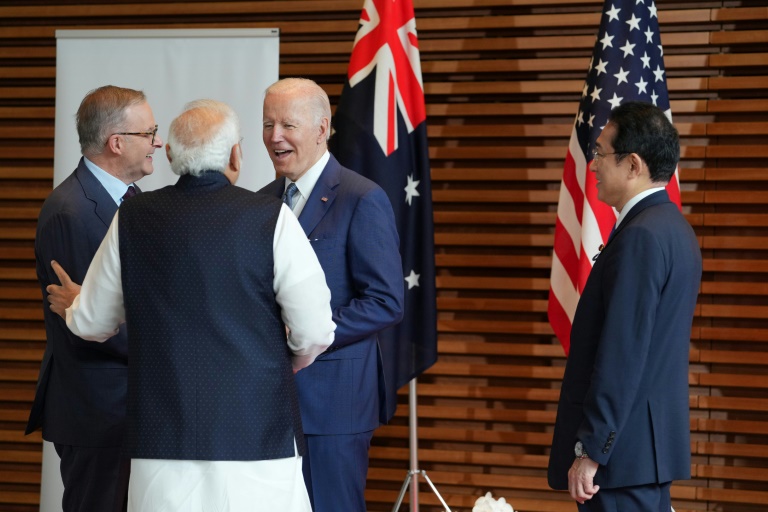 Meeting Tuesday at the Quad summit in Tokyo — the loose grouping of Australia, India, Japan and the United States — Biden expressed admiration that Albanese made the long flight right after winning his election as prime minister.

“I welcome you to your first Quad meeting,” said Biden, who had to make an even longer journey from Washington for his first presidential Asia trip, starting in South Korea before hopping to Japan.

So “if you fall asleep while you’re here, it’s OK, because I don’t know how you’re doing it. It’s really quite extraordinary — just getting off the campaign trail as well.”

After the Quad summit, Biden and Albanese are due to hold separate bilateral talks.

In this article:Albanese, Australia, Biden, Offbeat, Quad, summit, US