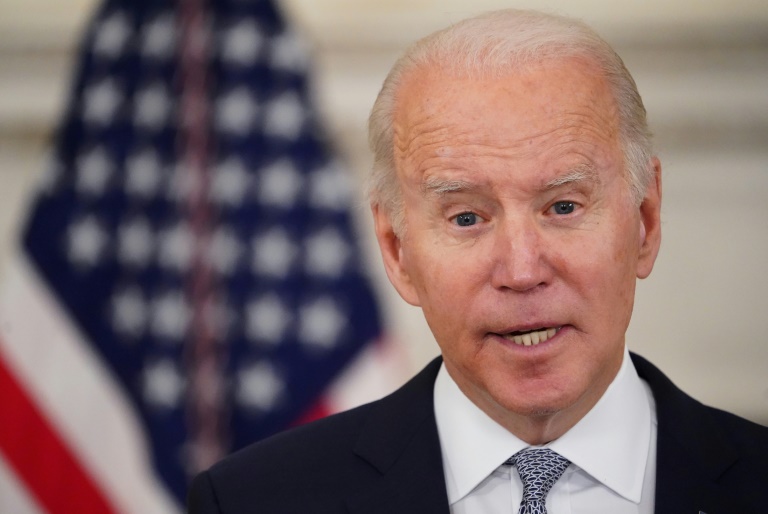 US President Joe Biden will deliver the traditional State of the Union (SOTU) address March 1, the White House said Friday, as the Democrat struggles to tame Covid-19 and get his stalled legislative agenda through Congress.

March is later than usual for the annual address, which a president typically delivers in late January or early February.

The timing is likely due to the pandemic: the Omicron variant is spreading like wildfire in the United States as in other countries and the presidential address is usually given to a packed audience of both chambers of Congress and many VIP guests.

House Speaker Nancy Pelosi wrote the president Friday formally inviting him to “address a Joint Session of Congress” on March 1 and share his vision for the country.

The delayed SOTU provides Biden with additional time to confront the Covid-19 pandemic — whose resurgence is creating new headaches for the economy and heaping pressure on an already overburdened health care system — and find fresh momentum for his landmark domestic policy package.

Biden’s so-called Build Back Better plan — which includes over a trillion dollars in funding for child care, senior care, education, and climate change mitigation — has stalled in the Senate, due to the current opposition by one member of Biden’s own Democratic Party.

The president also hopes to pass landmark voter rights legislation at a time when Democrats accuse Republicans of seeking to restrict voting options in several states.

If he does find a way to push the reforms through, the State of the Union address would provide him with a major platform to tout the wins to the American public.

The speech comes with a backdrop of low approval ratings for the 79-year-old Biden and looming November midterm elections, in which the president’s party almost always loses seats in Congress.

It also puts additional distance between the speech and the January 6 anniversary of last year’s insurrection at the US Capitol, where a furious mob of Donald Trump supporters stormed Congress, hoping to block certification of Biden’s 2020 election win.

On Thursday in the Capitol, Biden delivered a scathing speech accusing Trump of spreading election “lies” and denouncing him as a threat to American democracy.

In this article:biden administration, Joe Biden