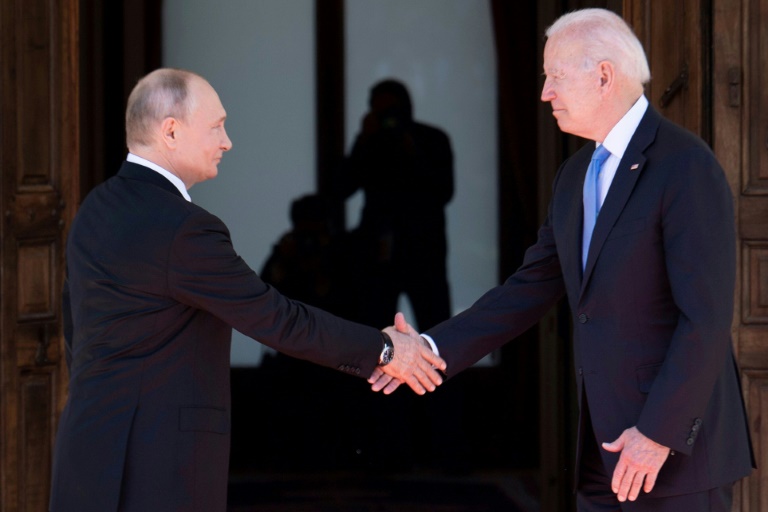 President Joe Biden pressed Vladimir Putin at their summit Wednesday to replace the combustible US-Russian standoff with a more “predictable” relationship between “two great powers” capable of agreeing to disagree.

Huge motorcades of limousines, communications equipment and armed guards snaked through the park on the shore of Lake Geneva, disrupting the normally idyllic setting before the pair sat down.

And chaos briefly erupted when a scrum of journalists battled for position, just metres from the two leaders, prompting shoving matches and shouts from security officials.

But Biden quickly got to the point: his desire to take US-Russian relations off their increasingly unstable trajectory, in which Washington accuses the Kremlin of everything from meddling in elections to cyberwarfare.

“It’s always better to meet face to face,” he told Putin in a book-lined room in the villa, with a globe of the world placed between them.

“We are trying to determine where we have a mutual interest, where we can cooperate, and where we don’t (to) establish a predictable and rational way in which we disagree — two great powers,” Biden said.

Putin noted that “a lot of issues” need addressing “at the highest level” and that he hoped the “meeting will be productive.”

Biden’s apparent offer of an understanding — if not necessarily a friendly relationship — went a long way toward what Putin is reportedly seeking: increased respect on the world stage.

The reference to the United States and Russia as “two great powers” was sure to please the Kremlin leader, who has dominated his country for two decades, infuriating the West with invasions of Ukraine and Georgia, and often brutal crushing of political dissent.

Expectations were low for more than a modest thaw in relations.

Illustrating the frostiness, no meal was planned during the scheduled five hours of talks, initially also attended by the two countries’ foreign ministers and later by an expanded group of officials.

“There will be no breaking of bread,” a senior US official said.

The choice of Geneva recalled the Cold War summit between US president Ronald Reagan and Soviet leader Mikhail Gorbachev in the Swiss city in 1985.

The summit villa, encircled with barbed wire, was under intense security. Grey patrol boats cruised along the lake front and heavily-armed camouflaged troops stood guard at a nearby yacht marina.

But in contrast with 1985, tensions are less about strategic nuclear weapons and competing ideologies than what the Biden administration sees as an increasingly rogue regime.

From cyberattacks on American entities and meddling in the last two US presidential elections, to human rights violations and aggression against Ukraine and other European countries, Washington’s list of allegations against the Kremlin runs long.

Putin came to the summit arguing that Moscow is simply challenging US hegemony — part of a bid to promote a so-called “multi-polar” world that has seen Russia draw close with the US’s arguably even more powerful adversary China.

In an interview with NBC News, he scoffed at allegations that he had anything to do with cyberattacks or the near-fatal poisoning of one of his last remaining domestic opponents, Alexei Navalny.

Biden, ending an intensive first foreign trip as president, arrived in Geneva after summits with NATO and the European Union in Brussels, and a G7 summit in Britain.

While in Brussels, he said he would detail his “red lines.”

“I’m not looking for conflict,” he said, but “we will respond if Russia continues its harmful activities”.

However, Biden, who had previously characterised Putin as a “killer”, upgraded the Russian leader to “worthy adversary”.

And for all the rhetoric, the White House and Kremlin both say they are open to doing business in a limited way.

Officials point to the recent extension of the New START nuclear arms limitation treaty as an example of successful diplomacy.

According to Russian and US officials, one possible baby step might be a quick reinstatement of the two countries’ ambassadors, who returned home this year in response to tensions.

Unlike in 2018, when Biden’s predecessor Donald Trump met Putin in Helsinki, there was to be no joint press conference at the end of the summit.

The US side clearly wanted to avoid the optics of having Biden sharing that kind of platform with the Russian president.

In 2018, Trump caused a stir by saying, as Putin stood beside him, that he believed the Kremlin leader over his own intelligence services when it came to accusations of Russian interference in the 2016 US presidential election bringing Trump to power. 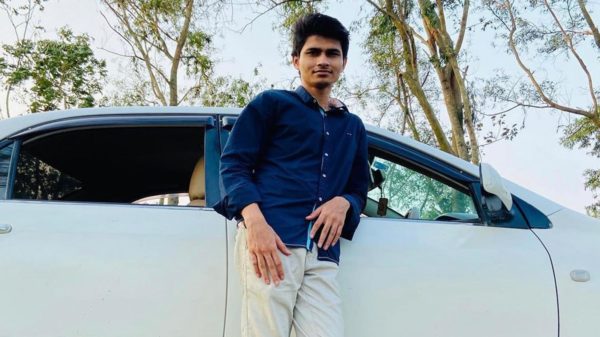