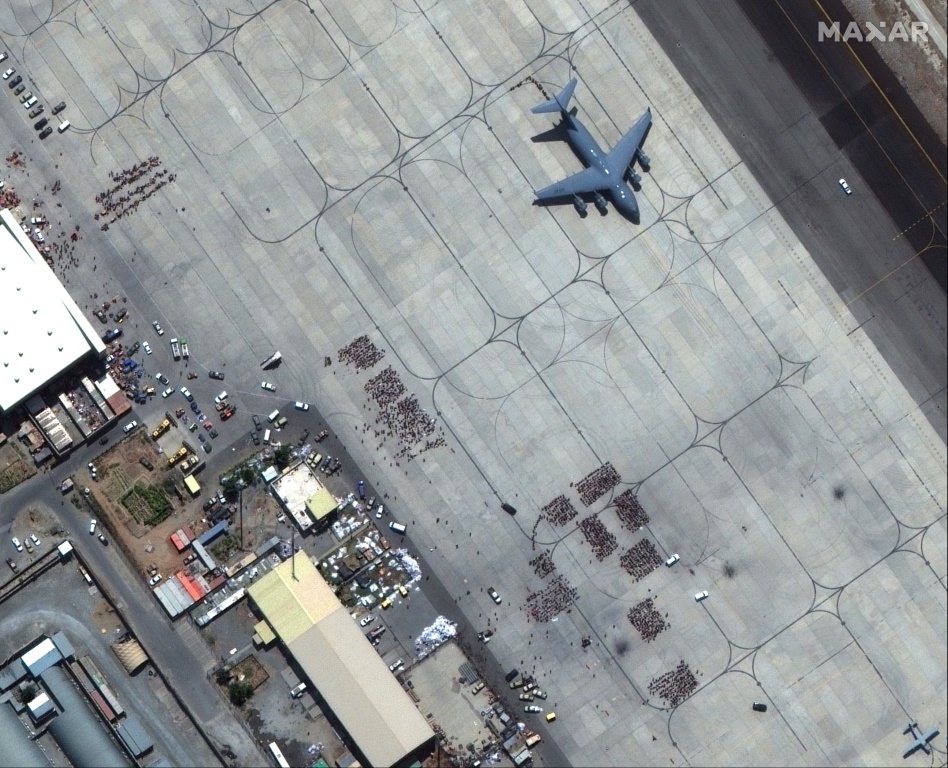 The bombs that killed US service members and Afghans in the desperate Kabul evacuation inflicted another casualty on the other side of the world — Joe Biden’s presidency.

Biden took office promising calm at home and respect for the United States abroad in the wake of the traumatic Donald Trump years.

On Thursday, the deadly attack at Kabul’s airport left him with a mountain to climb if he’s to persuade the nation and America’s partners that either goal remains achievable.

The 78-year-old Democrat was already reeling from the chaos in Afghanistan, where the US-backed government and US-created army vanished almost overnight, leaving the handful of remaining US troops and many thousands of US citizens and allies at the Taliban’s mercy. 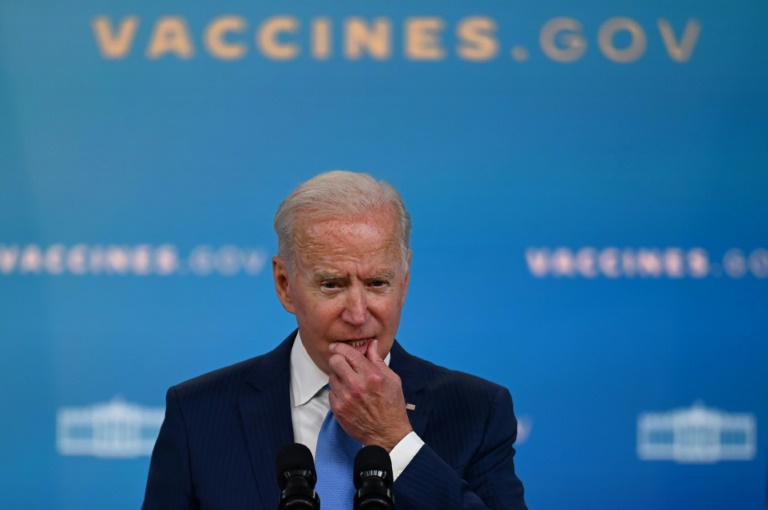 Working around the clock for 10 days, his administration had thought perhaps it could still pull triumph from disaster.

The airlift was going far better than predicted, with the US military performing flawlessly and the Taliban more or less keeping its end of the bargain in securing Kabul.

Early Thursday in Washington, the White House proudly rolled out the latest remarkable figures: more than 95,000 people safely flown out since Kabul’s fall to the Taliban.

Then the bombs went off, 12 Americans died, and Biden’s seven-month-old presidency was shaken to the core.

Shutting himself away with aides in the Situation Room, he canceled a meeting with state governors and told visiting Israeli Prime Minister Naftali Bennett that their planned meeting in the Oval Office would have to wait until Friday.

As pressure mounted on Biden to face the public, the White House announced an address to the nation later Thursday.

“The president needs to be out there and taking questions,” Ian Bremmer, founder of the Eurasia Group risk consultancy, said. “He is not seen as leading in a time of crisis.”

Biden didn’t start the Aghan war. That was a Republican, George W. Bush.

And Biden was the first of four presidents actually to follow through on promises to end the disaster.

But as Biden himself said, the “buck stops” with him.

That means he will not be able to escape fury and horror back home over the deaths of the servicemen — or the political fallout.

“Joe Biden has blood on his hands,” Republican congresswoman Elise Stefanik said. “This horrific national security and humanitarian disaster is solely the result of Joe Biden’s weak and incompetent leadership. He is unfit to be commander-in-chief.”

Republican Senator Marsha Blackburn tweeted that Biden and all his top national security staff “should resign or face impeachment and removal from office.”

The Republican outcry was predictable. But the wider damage reflected in opinion polls will be more worrying for Biden.

While a USA Today/Suffolk University poll this week found overwhelmingly that Americans believe the Afghan war was not worth fighting, Biden isn’t getting thanked. The poll found his overall approval at just 41 percent, with 55 percent disapproving.

“I don’t know if Biden will be permanently damaged,” Mark Rom, a professor of government, told AFP. “But the Republicans will do everything in their power to see that he is.”

Charles Franklin, director of the Marquette Law School Poll, said that given the unpopularity of the Afghan war, Biden may yet ride the disaster out.

“The political question, once we have completely withdrawn, is whether the majority will be glad we aren’t there anymore. If so, then the issue is likely to fade,” he said.