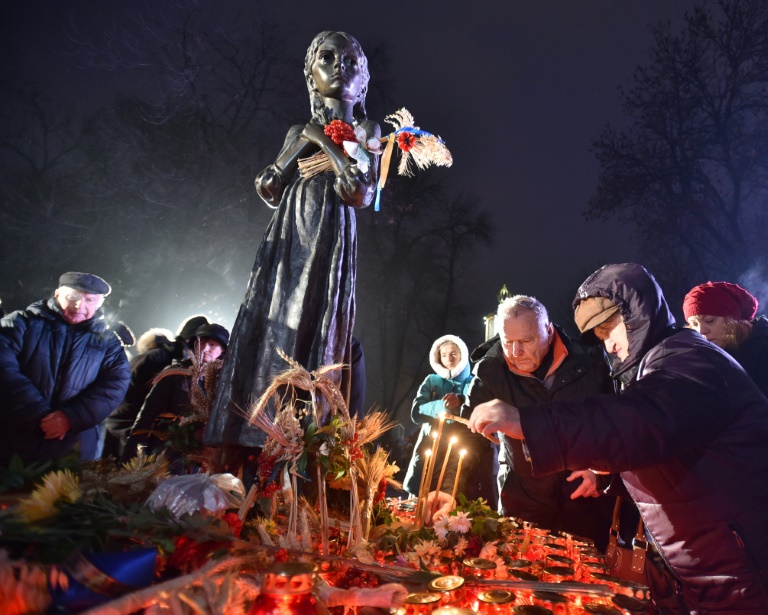 President Joe Biden on Wednesday recalled the “deliberate” Stalinist famine that killed millions in Ukraine almost a century ago and pledged US support to the country in its current struggle with Russia.

Several million Ukrainians perished between 1932-1933 during Soviet leader Josef Stalin’s forced collectivization of harvests, leaving farmers and those who depended upon them with nothing to eat. The episode is known as the Holodomor, meaning “death by hunger” in Ukrainian, and is marked each November.

“We solemnly honor and pay tribute to the millions of innocent Ukrainians who suffered and perished during the Holodomor,” Biden said in a statement.

“The men, women, and children who lost their lives during this famine were victims of the brutal policies and deliberate acts of the regime of Joseph Stalin.”

In a reference to today’s tension between the Western-backed Ukrainian government and President Vladimir Putin’s Russia, Biden said “the United States also reaffirms our commitment to the people of Ukraine today and our unwavering support for the sovereignty and territorial integrity of Ukraine.”

Western capitals are alarmed over reported Russian military activity near Ukraine this month, raising concern that Moscow may be planning an invasion.

Moscow has repeatedly dismissed these claims, with the Kremlin accusing the West of “hysteria” and disinformation.

The Ukrainian army is locked in a festering conflict with Kremlin-backed separatists in the eastern Donetsk and Lugansk regions. Russia also seized Ukraine’s Crimean peninsula in 2014.