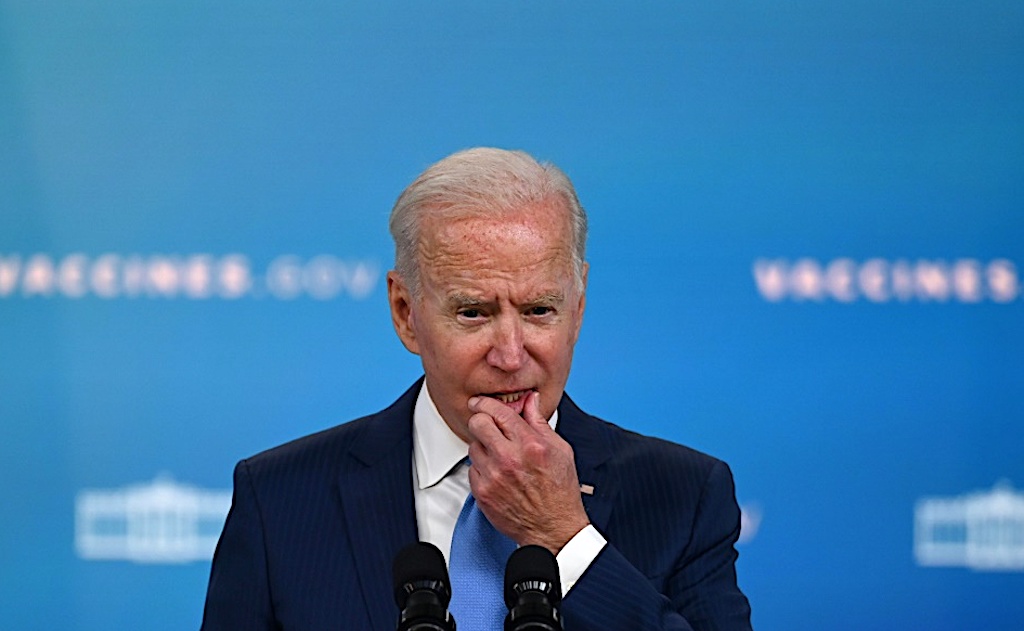 President Joe Biden is being briefed on the bloody attack against Kabul’s airport, the White House said Thursday, delaying a planned meeting with Israel’s visiting prime minister and canceling another event.

“The president has been briefed and he is in the Situation Room,” an official told AFP on condition of anonymity.

“The president met with his national security team this morning… and commanders on the ground. He will continue to be briefed on updates on the evolving situation throughout the day,” the White House said in a statement.

As a result of the crisis, a meeting with Prime Minister Naftali Bennett planned for 11:30 (1530 GMT) “will be delayed,” a White House official said.

“There is not yet an updated time for the meeting,” a spokesman for Bennett said, adding the delay was due “to the events in Afghanistan.”

At least six people were killed and a dozen wounded outside Kabul’s airport in two explosions as the United States entered the final days of a massive evacuation of troops and allies to end its two-decade war against the Taliban.

In addition to disrupting the long-planned Oval Office meeting with Israel’s new prime minister, the crisis prompted cancelation of a scheduled video conference between Biden and state governors who are set to house Afghan refugees from the massive US airlift.

The daily briefing by Biden’s press secretary, Jen Psaki, was also delayed as the White House scrambled to cope with the emergency.