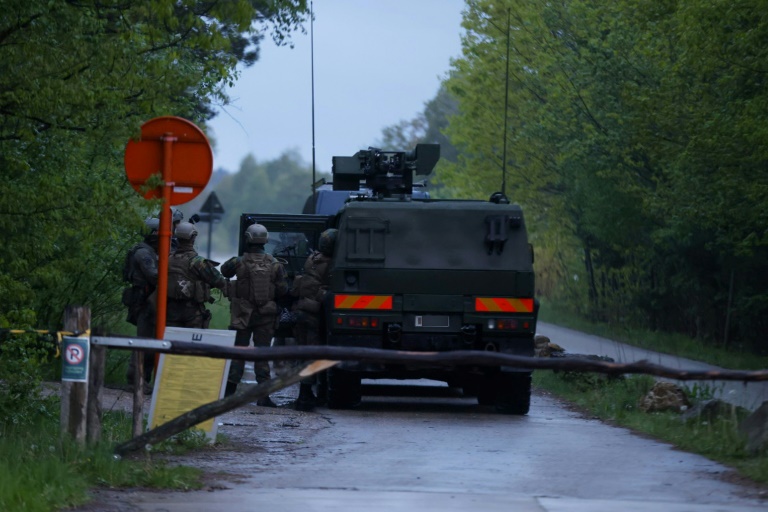 Belgium’s defence minister on Tuesday expressed concern over online support, especially from military personnel, for a renegade soldier on the run after stealing weapons and threatening public figures.

The authorities have been hunting for Jurgen Conings, 46, for a week in a forested region close to the border with the Netherlands since finding his car abandoned with four rocket launchers inside, taken from an army base.

Officials have said the weapons instructor — dubbed the “Belgian Rambo” by the media — was on a watch list for his far-right views and left a message containing threats against figures including a prominent virus expert.

Facebook on Tuesday said it had shut down a page supporting Conings, which had garnered 45,000 members in just a few days, for violating the company’s “dangerous individuals and organisations policy”.

“Content, groups and pages that praise or support terrorists, such as Jurgen Conings, are not allowed on Facebook,” a company spokesperson said.

Defence Minister Ludivine Dedonder decried the online backing for the fugitive — condemning in particular support coming from within the armed forces.

“Supporting this man is supporting a man who threatens to wound and kill innocents,” she told a press conference.

“It is regrettable that some current or former military personnel have shown their support.”

An investigating judge opened a probe last week against Conings for an alleged “terrorist attempted murder” after he allegedly spent two hours lurking near the home of a potential assassination target.

The search for the serviceman, which has been joined by specialist police units from four countries and troops backed with armoured cars and helicopters, initially focused around a national park in northeastern Belgium, near the Dutch border.

Conings is assumed to present an “acute threat” of violence and is thought to have taken several more weapons from the base where he served as an instructor.

The soldier was one of around 30 members of the Belgian armed forces under surveillance by the intelligence agency for suspected far-right ties.

Despite having been disciplined over online extremism and racist threats, he still had access to weaponry in his barracks — a security lapse that has been described as “unacceptable” by Prime Minister Alexander De Croo.

The defence ministry said that 11 servicemen believed to share similar “violent extremist” views have now been “excluded from any possibility of working with armaments”.