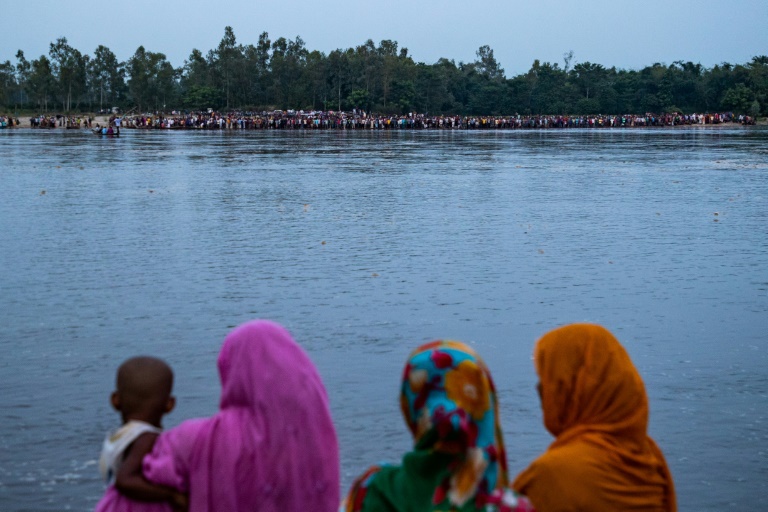 The small boat packed mostly with women and children on their way to a popular temple flipped over on Sunday in a river as onlookers screamed from the shore.

The incident near the remote northern town of Boda was the latest in a string of similar tragedies blamed on poor maintenance and overcrowding in the low-lying delta country.

It was carrying around 90 people, of whom around 50 were pilgrims on their way to the centuries-old Hindu temple for a major festival, according to police.

Huda said up to 15 people were still missing.

“We called off the search in the night. We will resume our search operation tomorrow morning,” he told AFP.

Police said they have lowered the number of missing people as some have reported that they have found relatives who had swum to safety.

Huda said the boat was carrying three times its capacity.

“There were heavy rains in the morning and that is why when the ferrying began, pilgrims packed the boat to make it quickly to the temple,” he told AFP.

“The boatman asked some people to disembark in an effort to ease the weight-load. But no one listened,” he said.

Local media said at least 10 people had been rescued and sent to hospital.

Dozens of people watching from the shore started shouting and screaming. The weather was calm at the time.

Thousands of Hindus in Muslim-majority Bangladesh visit the famous Bodeshwari Temple every year.

Sunday marked the start of Durga Puja, the biggest Hindu festival in Bangladesh — and also eastern India — drawing large crowds at the temple.

A ferry sank in Dhaka in June 2020 after a collision with another vessel, killing at least 32 people.

And at least 78 people perished in 2015 when an overcrowded ship collided with a cargo vessel in a river west of the capital.

In this article:Bangladesh, boat tragedy