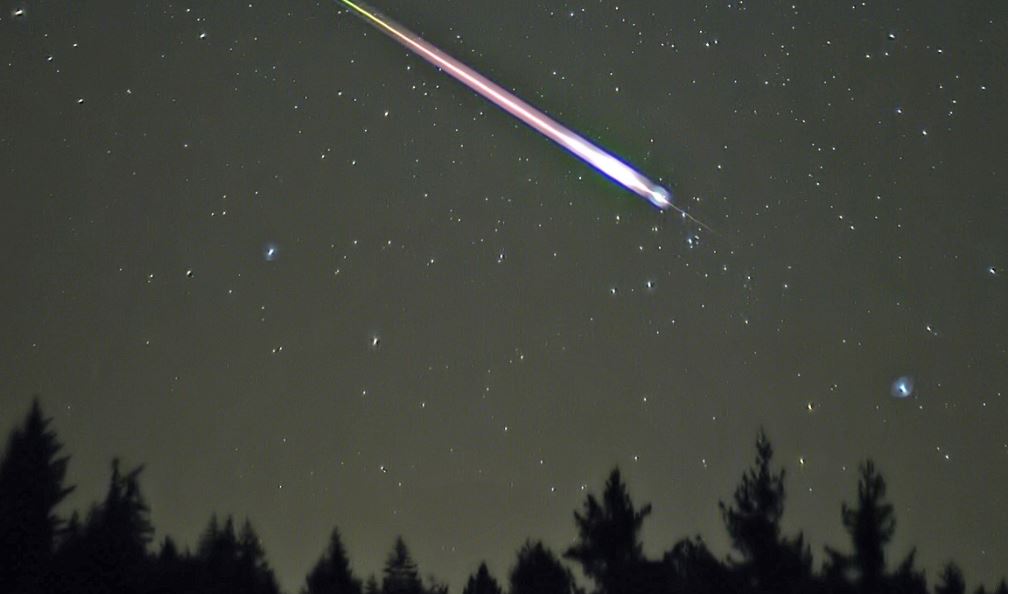 On Monday, October 4, a meteor lit up the night sky above British Columbia, Canada. But Ruth Hamilton, who lives in Golden, slept through the whole thing. Until that is, she was awoken by a loud bang.

Hamilton was awakened by a crashing sound and the feeling of debris hitting her face. Looking at the ceiling, she saw a hole, and then she noticed the fist-sized black rock on her pillow. Not being exactly sure what just happened, she called 911.

After the police arrived, it was determined that the rock was not there as a result of the ongoing construction in the Kicking Horse Canyon, they settled on the only other explanation – that a meteorite had come through her roof, reports the Victoria News.

“We called the Canyon project to see if they were doing any blasting and they weren’t, but they did say they had seen a bright light in the sky that had exploded and caused some booms,” Hamilton says

The Daily Star reports Hamilton is very lucky the space rock didn’t kill her, having only narrowly missed her head. While she is amazed that something from space that could potentially be “billions of years old” landed on her pillow, Hamilton also says if it had landed a few inches to the right it could have been a very different story.

“The only other thing I can think of saying is life is precious and it could be gone at any moment even when you think you are safe and secure in your bed,” Ruth said.

Scientists estimate that about 48.5 tons (44 tonnes or 44,000 kilograms) of meteoritic material falls on the Earth each day. Almost all the material is vaporized in Earth’s atmosphere, leaving a bright trail called “shooting stars.”

In this article:British columbia, lands on pillow, October 4, Space rock