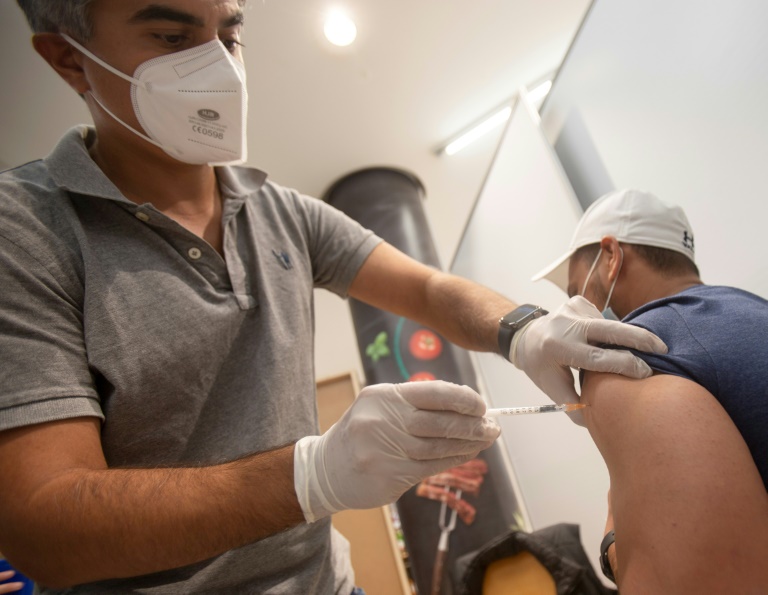 Austria’s parliament on Thursday approved making Covid-19 vaccinations mandatory for adults from next month, becoming the first European country to do so despite a wave of protests opposing the measure.

Tens of thousands have demonstrated against mandatory vaccination in regular weekend rallies since the measure was announced in November in a bid to drive up the country’s vaccination rate.

But all parties, except the far-right, supported the measure, with the new legislation passing with 137 votes in favour and 33 votes against it.

“It is adopted with the (necessary) majority,” Doris Bures, second president of the National Council, said.

To date 72 percent of Austrian residents have been fully vaccinated against the coronavirus — in line with the European Union-wide average of just more than 70 percent but several percentage points below regional neighbours such as Italy and France.

Under the new law, after an initial “introductory phase” those holding out against the jab can face fines of up to 3,600 euros ($4,084) from mid-March.

The government initially wanted to cover everyone aged 14 and older, but now the measure only applies to adults, except pregnant women and those with a medical exemption.

The overwhelming majority of MPs from all parties voted in favour of the law, with the leaders of the opposition Social Democrats (SPOe) and the liberal NEOS lending their backing to the centre right-green coalition.

The only significant opposition came from the far-right Freedom Party (FPOe), which has courted anti-vaccination voters.

FPOe leader Herbert Kickl railed against the law in Thursday’s charged parliamentary debate, claiming it “paves the way to totalitarianism in Austria”.

He vowed that he himself would continue to refuse vaccination in defiance of the new law.

“Vaccination is an opportunity for our society to achieve lasting and continuous freedom, because the virus cannot restrict us any further,” centre-right Chancellor Karl Nehammer told reporters earlier ahead of the parliament debate.

Green Health Minister Wolfgang Mueckstein appealed during the debate on “all citizens to question myths around vaccination”, insisting that “all the evidence indicates that the vaccines available in Austria are safe”.

However, some Austrians remain to be convinced of the merits of the vaccination, with a couple of hundred opponents of the law gathering for a noisy protest near parliament on Thursday morning.

Teacher Kerstin said she felt the law ran against the constitution and ignored the fact that “we are meant to have certain basic rights”.

Other present maintained that not enough studies have been done into the long-term effects of the jabs and that they would resist paying any potential fines.

On Wednesday the government announced it was setting up “security zones” around health facilities and vaccination centres so that the police can turn away anyone “causing difficulties”, including demonstrators.

To incentivise those who may still be wavering, the government is launching a lottery for all those vaccinated with prizes of 500-euro vouchers to be used in shops, hotels, restaurants and culture and sports venues, Nehammer said.

Austria has to date seen almost 14,000 Covid-related deaths and 1.5 million cases in a population of around nine million.

The daily infection tolls continue to break records, with Wednesday’s hitting a new high of more than 27,600.

In this article:Austria, Health, Virus