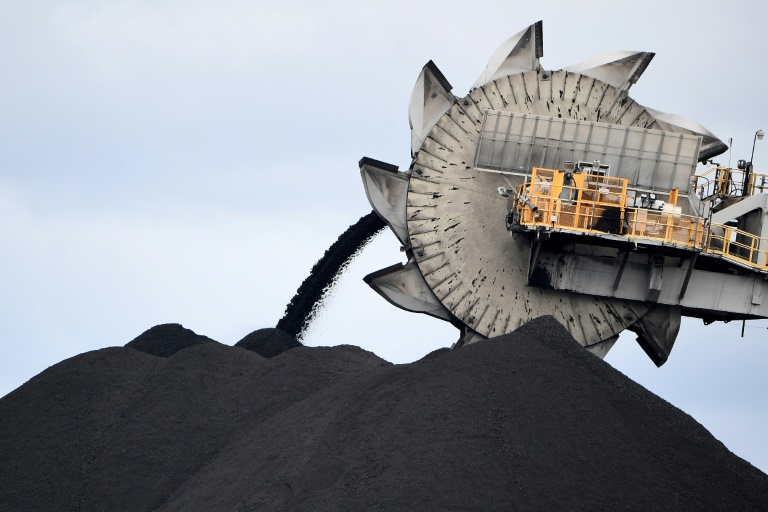 Australia’s conservative leaders have defied calls for urgent climate action, boasting they will sell coal for as long as anyone is buying. But in the country’s carbon heartland, locals are already preparing for life beyond fossil fuels.

Two-hundred-and-thirty years ago, among the verdant outcrops that flank the southeastern coastal town of Newcastle, a band of escaped convicts made the first recorded discovery of coal on the Australian continent.

It would begin Australia’s long love affair with the sooty fuel that now nets the country tens of billions of dollars a year and has made Newcastle the world’s largest coal-exporting port.

Nathan Clements was born and raised in the nearby town of Singleton, which he described as “very much the heartland of coal mining here”.

“My older brother worked in a coal mine, my dad worked in a mine and still does to this day. When it was my turn, it was the norm to walk into that industry,” said the 26-year-old, who for the last seven years has worked as an electrical fitter fixing mine equipment.

Around Singleton and the broader Hunter region, evidence of the vast scale of the coal industry is obvious.

Coal trains rumble through the countryside, each engine dragging a writhing column of rusty wagons from far into the distance.

From the air, open cast mines pock the bush with jet-black scars. Off the coast, an armada of vessels waits, ready to load up and return to China, India, Japan or South Korea with mountains of millennia-old rock.

And Australia’s government would like to keep it that way.

When dozens of countries, meeting at COP26 talks in Glasgow, recently agreed to phase out coal, Australia baulked.

But unlike the government, workers in Singleton and towns across the Hunter are gradually coming to terms with King Coal’s demise.

“I still need to work. I still need a job,” said Clements, but “it is inevitable. There is an inevitability to it.”

For him, there was a slow realisation that he might not be able to follow the career path of his father, who will retire in his coal job next year when Muswellbrook — Australia’s oldest open cut coal mine — closes after almost 115 years of operation.

“For a lot of people, I noticed a change in attitudes around the 2019-2020 bushfires,” he said, referring to the climate-worsened disaster that tore through much of southeastern Australia.

And despite the government’s bravado, the market is voting with its feet.

The very largest mining firms, such as Australia’s own BHP and Rio Tinto, are already sprinting for the exits, rapidly offloading coal assets to smaller risk-embracing outfits.

Official figures show the number of people directly employed in the coal industry is more like 44,600 — less than half the number of Australians employed by McDonald’s.

Some in the coal sector are fearful that well-paying jobs are going to quickly become a thing of the past.

But others are optimistic that their region will succeed despite Canberra’s digging in on a seemingly dying industry.

“There’s so much innovation going on,” said Sam Mella of Beyond Zero Emissions, a think tank working with local industry on diversification.

She pointed to the infrastructure around coal — the port, the rail network, transmission lines as well as universities and research institutes — as a valuable asset for the region.

“We have this fantastic legacy to build on,” she said. “I think the Hunter is going to lead the way in the post-carbon economy.”

So far, there is no silver bullet — no one technology or project that will save the entire region or replace coal.

But there is hope that out of the plethora of projects, from water filtration technology to megawatt-scale batteries to designing and manufacturing hyper-efficient wind turbines, that something will emerge.

The question is whether the transition can come quickly enough for workers like Clements.

“My concern is that when the market finally says ‘nah, we’re not interested anymore’ that we don’t have a plan, and a lot of people lose their jobs.”

But “I think there is still a chance for the region, I don’t think it’s a one-way ticket,” he said. “There is definitely still a bit of life there.”

In this article:Australia, coal, Energy