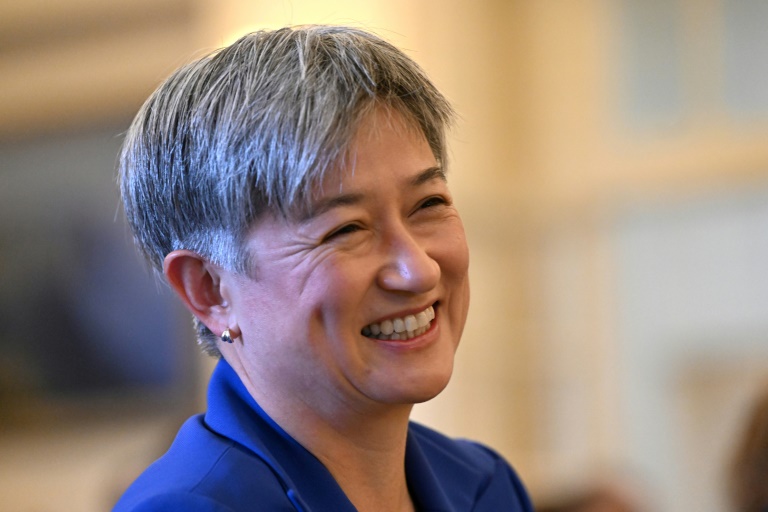 During a first solo overseas visit since her centre-left government was sworn in, Wong admitted that on the climate, “Australia has neglected its responsibility” under past administrations.

She told hosts in Fiji’s capital Suva that there would be no more “disrespecting” Pacific nations or “ignoring” their calls to act on climate change.

“We were elected on a platform of reducing emissions by 43 percent by 2030 and reaching net-zero by 2050,” Wong said.

“And we’re not just going to say it, we will enshrine it in law and we will submit a new nationally determined contribution to the UNFCCC (United Nations Framework Convention on Climate Change) very soon.”

Under conservative leadership, Australia — already one of the world’s largest gas and coal exporters — has also become synonymous with playing the spoiler at international climate talks.

“We have proposed a bid to co-host a future UN Conference of the Parties with Pacific Island countries and I’m looking forward to further discussions in the region about this idea.”

Asked by a reporter whether Australia was simply paying lip service to climate action given its vast coal exports, Wong said: “It is true we export a lot of coal to China.”

But she added that Australia was seeking to manage its economic transition in “a way that enables continued economic prosperity and equity”.

Labor had proposed before its May 21 election victory that it would seek to co-host a UN climate summit in 2024.

To do so, it would need to win the support of two UN country blocs to skip the queue, as well as its proposed Pacific islands co-hosts, said a report this month by the independent research group, the Australia Institute.

But Australia could “reset” its reputation as a climate laggard and a poor regional neighbour if it did so, Richie Merzian, climate director at the institute, said.

But past Australian governments have resisted calls to cut carbon emissions from 2005 levels faster than its current commitment of up to 28 percent by 2030.

In this article:Australia, Climate, Diplomacy, Un